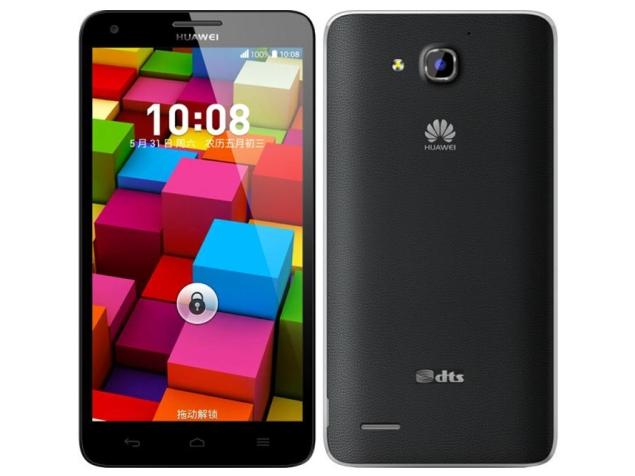 Huawei Honor 3X Pro smartphone comes with a 5.50-inch touchscreen display with a resolution of 1080 pixels by 1920 pixels.
The Huawei Honor 3X Pro is powered by 1.7GHz octa-core MediaTek MT6592 processor and it comes with 2GB of RAM. The phone packs 16GB of internal storage that can be expanded.
Announced in Available December 2013

You’ll find physical touch-sensitive buttons located below the 5.5-inch IPS display, which has a resolution of 1,280×720 pixels.

Designed with Plastic. It comes in White, Black colour variants

The Honor 3X runs Huawei’s newest Emotion UI 2.0, and the Android skin has some nifty tricks up its sleeve. Instead of an app drawer, the Emotion UI places all your apps on the home screen, just like iOS.

The Huawei Honor 3X Pro runs Android 4.2 and is powered by a 3000mAh non removable battery.

The Huawei Honor 3X Pro packs a 13-megapixel primary camera on the rear and a 5-megapixel front shooter for selfies.