Infinix Note 3 is the latest released device for the Note series of Infinix, the device is also known as Infinix Note 3 (X601) It’s has a gigantic 6.0 PHABLET inch phone patched by a Gorilla Corning Glass. It is running on Android Marshmallow and has a fingerprint sensor.

The Infinix Note 3 android device was announced in August 2016 with these specs in this post. First off, let’s get to talk about how this smartphone was designed. 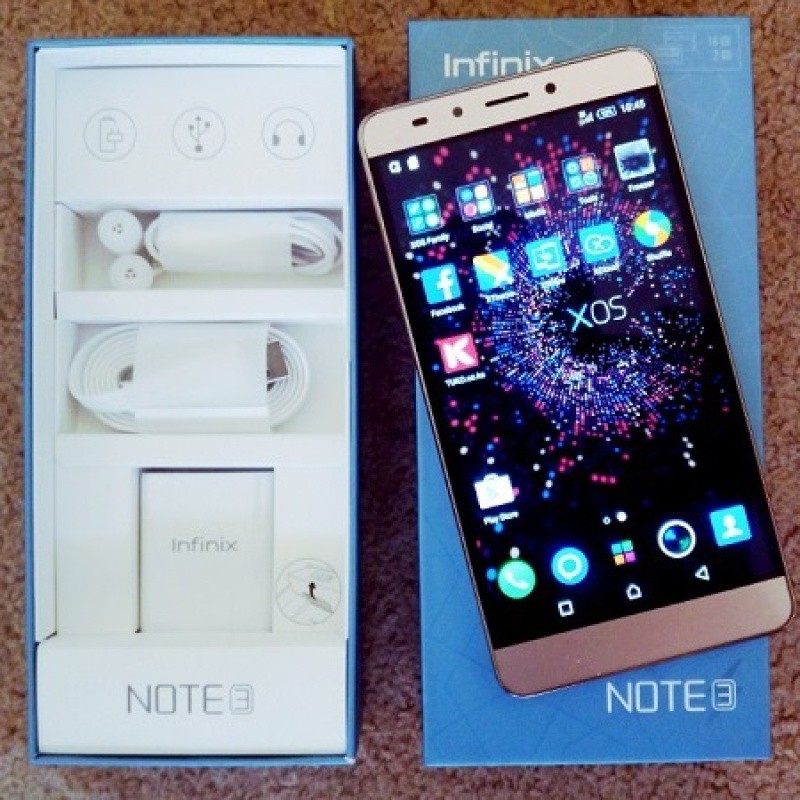 The Infinix Note 3 is coming with a screen Display and screen resolution of 6.0 inches, 1080 x 1920 pixels, 367 pixels per inch. It has a premium design with wonderful colour like Gray, Gold, Black, Copper to suit your taste.

The Infinix Note 3 is packed with 4,500mAH Li-Po battery to serve you with a minimum of 2days without internet usage. it is also a dual Sim device and  1.3 GHz octa-core CPU, MediaTek Helio X10 processor.

Apart from the Large screen size of this device, the other standout feature of the Note 3 is its camera combo. Note 3 includes a 13-megapixel unit adorns at the rear and serves as your main camera, while a 5-megapixel snapper faces you, for the selfies you’ll be taking.

Most Importantly, I will want to say thanks to Infinix on the upgrade of the battery capacity of the device, because the battery capacity at 4500mAh is just awesome that you don’t have to carry a power bank around, and this device is also a good smartphone in terms of recording and shooting of pictures.