Meizu is not sitting back to rest as they launched to add to their line of Pro devices Meizu Pro 6, and the smartphones offer more profiting specs and have a reasonable price. It has always been offering a solid experience without the premium price tag. Pro 6 has been launched to succeed its predecessor which is Pro 5 which was launched early. But Pro 5 has a larger screen compared to its successor.
Announced in Available April 2016 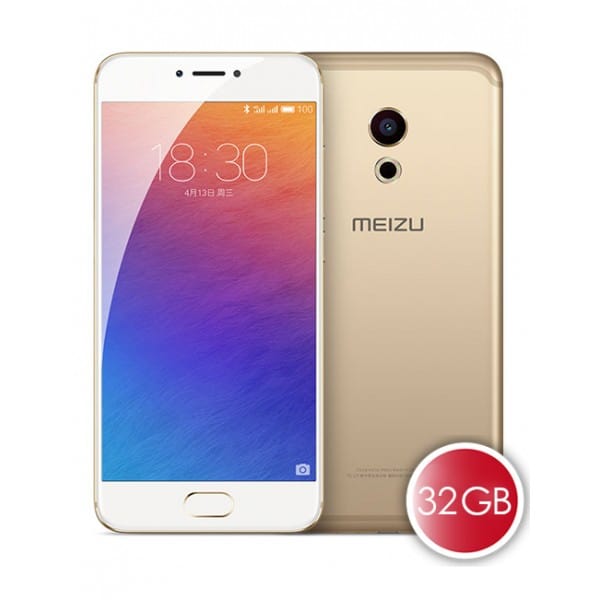 The Meizu Pro 6 does come with a full metal unibody construction, with the aluminum used appears to be of a higher quality grade. Below the display is a lone home button that also doubles as a fingerprint scanner. The Pro 6 has a no much difference as it’s designed to look a lot like Apple’s iOS operating system. The volume rocker and power button are on the right side, and at the bottom is the headphone jack, USB Type C charging port, and single speaker unit, in a design that will be extremely familiar.

Meizu’s customized software layer, FlyMe 5.6, is a modified version of Android 6.0 Marshmallow. Unlike previous Pro 5 iterations that featured large 5.7-inch displays, the Pro 6 features a 5.2-inch screen, and the AMOLED display comes with a Full HD resolution, resulting in a pixel density of 424 ppi, that allows for a more manageable handling experience. This display offers everything you’d expect to see from a high-quality AMOLED screen, including vibrant, saturated colors, and deep, inky blacks.

Meizu Pro 6 comes with a deca-core MediaTek MT6797T Helio X25 processor, clocked at 2.5 GHz, and backed by the Mali-T880MP4 GPU, and 4 GB of RAM 32 GB or 64 GB  as internal storage memory, but users with storage problems will have to go for the higher version as it allows upgrade up to 128GB, it has a battery capacity of 2,560mAh, which definitely leaves a little to be desired.

The camera on the back, unlike the iPhone, is centered and has an LED flash, which you’ll find directly below the lens, Meizu Pro 6 comes with a 21 MP rear camera, with a f/2.2 aperture, a laser-guided autofocus system, and a 10 LED dual-tone flash, along with a 5 MP front-facing camera with a f/2.0 aperture. There is no optical image stabilization here, however, which is quite disappointing.

The main areas the Pro 6 is a let down are a clumsy navigation, an operating system, despite having a 10-core processor, surprisingly weak gaming capabilities. And could have done better in it screen size as we saw Pro 5 having a larger screen size.