Tecno has been impressive in recent times with their amazing smartphones which have all it takes to make their respective customers happy. Tecno is no doubt one of the best smartphone making company in the world. Tecno L3 was said to be launched in August 2013. 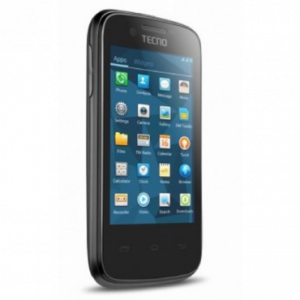 It is a pleasure we make it known to you all that Tecno are really doing all they can to make sure they become the best smartphone making company. Well, they will really need to work so hard if they are to achieve that. Beating the likes of iPhone and Samsung is some difficulty because these companies are steps ahead of them.

We will be briefly talking about Tecno L3. Having gone through the smartphone, we came to realize that the smartphone packs interesting features which has all it takes to make their respective users happy.

Tecno has a record of producing smartphones which happen to be the best in terms of design. They have built that trust between their various customers. The smartphone in question comes with eye-catching design.

Tecno L3 features a 3.5-inch low-end display and a 3 megapixels camera at the back, which is also coupled with a Plastic body cover. Talking about colors, it comes in White, Black, Yellow, Gray, Pink colors respectively.

Tecno is no doubt one of the best smartphone making company, so therefore in other to maintain that name and fame, they don’t have to produce smartphone below expectations. Have it at the back of your mind that the smartphone in question runs in the Android version of 4.1 on a 1GHz processor.

Furthermore, the smartphone packs a huge GIG RAM of 512 MB RAM, 1.0 GHz dual-core MediaTek MT6575M CPU which helps in multitasking. You can run any program at all without any form of troubles.

Camera aspect should be greatly considered. Tecno is really good in terms of the camera of there smart gadgets. They have done it before, they are still doing it up to this present day.

Tecno is no doubt one of the best smartphone manufacturers who boast of stronger battery capacity. Tecno L3 comes with a battery capacity of 2400 mAh Li-Po battery capable of handling the day to day activity of the device.

For those of you interested in getting this smartphone, have it at the back of your mind that the smartphone can be purchased via our online/offline stores for a price of $102, and 36,500 In Nigeria depending on your area of location.

Tecno L3 has all it takes to make you happy considering the amazing features and specs its coming with. Give it a try, you will really love it.