In the 2nd half of 2013, Blackberry made Blackberry Messenger (BBM) Social App available for Android and IOS Users. That was really a great move by them. 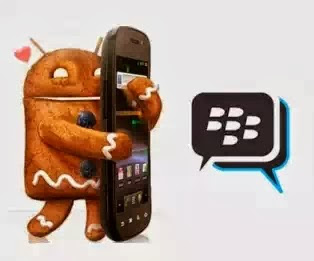 After the release of the social app, there was great complain on the internet by android users, especially those using lower version of android below version 4.0. This was because the social app was built to work only on Android 4.0 and above, negleting the users of previous version.

The eTech Journal can authoritatively tell you that the Blackberry company has updated the app so as to make it work on lower versions. In other words, BBM now officially works for Android versions below version 4.0.

Goodnews to the Gingerbread users because they now dont need to install nulled BBM apps.

You can officially download the app to your android 2.3 Gingerbread from the official BBM Android play page by Clicking Here

10 Amazing Reasons to Build a Mobile App for your Business