When Will Nigeria Finally Embrace the Use Of Wi-Fi?

Global public wifi hotspot numbers are set to grow from 1.3 million in 2011, to 5.8 million by 2015, marking a 350 per cent increase, according to research published by the Wireless Broadband Alliance (WBA), and compiled by Informa.

In foreign countries like the U.K, U.S, Germany, South Korea France, Japan etc, The technology is pervasive, partly because it’s relatively easy to use and inexpensive to deploy. 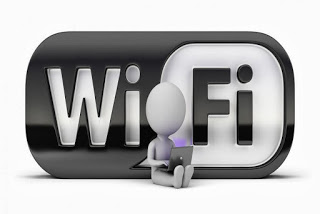 In the U.S., 61% of all households currently have WiFi networks installed at home. According to data from Strategy Analytics, this means the U.S. is ahead of countries like Spain (57.1%), Mexico (31.5%) and India (2.5%). At the same time, though, this only puts the U.S. somewhere in the lower half of WiFi adoption among developed nations. In countries like South Korea (80.3%), the UK (73.3%) and Canada (67.8%), significantly more households currently have WiFi networks installed. – (www.techcrunch.com 2012) 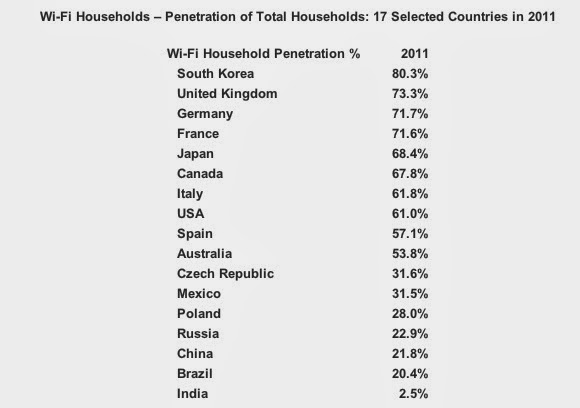 If these Countries Already have these Large percentage of Wi-Fi Household Penetration as at the end 2011, You can imagine the increment by the end of 2014. whereas We are way Still back, even lower than India which have 2.5% as at then.

In 2012, A study by WIK and Aegis, funded by the European Commission, highlights the importance of Wi-Fi for connecting EU citizens to the Internet. In 2012 71% of all wireless data traffic that was delivered to smartphones and tablets in the EU was delivered via Wi-Fi. Mobile data traffic is estimated to grow at 66% annually for the period 2012-2017, but at the same time almost 80% of all traffic to mobile devices is predicted to come over Wi-Fi. – (www.ec.europa.eu 2013)

The importance of Wi-Fi cannot be over emphasized with the below statistics as Proof!!

Wi-Fi usage is increasing in many part of the world as it is a way to reduce mobile phone data bills.

The Big Question is: When will Nigeria Embrace the Use of Wi-Fi?