Will BBM for Android & IOS Be The End Of Blackberry In Nigeria?

Blackberry designed and developed by Research In Motion(RIM) was synonymous with smart phones. In recent times, competitors like Tecno, Nokia and Samsung have come to dominate the market. However, in Nigeria the Blackberry has become a cultural phenomenon. In particular, teenagers and adolescents increasingly consider it ‘cool’ just to be seen with one. 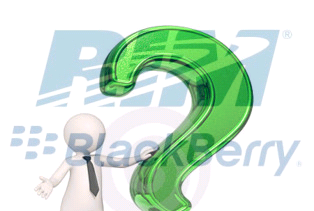 Recently In A Blackberry Conference, RIM Announced That BBM Messenger will be Available On Android And IOS This Summer. The Question Is “Will BBM for Android & IOS Be The End Of Blackberry In Nigeria”

You Might Think That This is to Criticize Blackberry. Notwithstanding, I will Like to Applause RIM for their BB10 OS But actually, I don’t see what the fuzz is about the new Blackberry 10 phones. In fact, I honestly think that the phone is 4 years too late.

Now Back To The Topic, Below Are the Reasons I Firmly Believe that RIM Releasing BBM for Android and IOS will be a Big Miss and might result to The end of Blackberry In Nigeria and Most African Countries.

#1. Most Nigerians Use Blackberry Because Of BBM:

Sure This isnt New To any Nigerian. The Major Reason Most People expecially The Female folks are using Blackberry Phones is because of BBM not Because of Other Features. Now, BBM is coming to Android and IOS Which have more Capabilities than the Blackberry Phones, I think These Blackberry Users will have to Migrate.

I recently Interviewed Some Nigerian Blackberry Users about this topic And This Is What they have to Say:

“When I Heard the News of BBM coming to Android I was like wow!! God has answered my Prayers! I dont really Like Blackberry and to Be frank, BBM is the only thing holding me to Blackberry.” – Silvia Hart, Port Harcourt.

“Well, I think if BBM should come to IOS and Android, I will have to Migrate. I have many limitations using Blackberry Including Battery Problems” – Femi Marks, Lagos

“I love Blackberry, Not only because of BBM but I strongly Believe that I am ‘Porting’ to Android As soon as BBM is available in Google Play” – Christabel Adeleke – Lagos

#2. The Invasion Of Tecno Cheap Android Into African Market:

Tecno has come to stay in Africa and nothing is going to change that fact.

Tecno Has come to show Africans that Other Producers has been Exploiting Us. Even before Tecno started building their cheap Android Phones, I think they are the 1st with The Dual sim functionality before other producers Like Nokia and Sansung Joined the trend.

Now, If BBM will Be released For Android OS, Many Blackberry Users will Have to Port to Android OS since Android Have More functionality than Blackberry and Tecno is Here with Damn Dead Cheap Android Based Phones.

This Post Is Solely What i think if BBM should be available for Android. I dont Know what you think. You can share your Ideas and thoughts with suggestions, Inquiries and Lots More via the comment Box. Thanks