If you are big smartphone fans, then we have something we think you might like; the new TECNO Camon 12. Smartphone company, Tecno is out with another interesting smartphone that currently wins the heart of many people in Africa, especially Kenya. 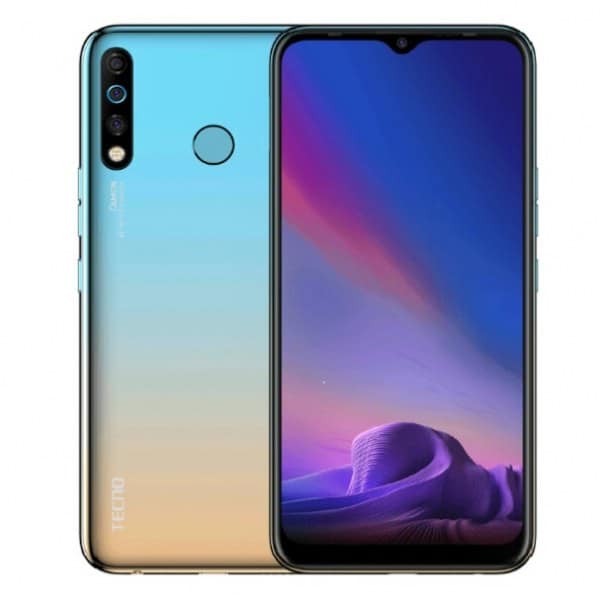 The reason is that unlike many other big smartphones like the Galaxies, iPhones that are loved by so many people but can be afforded by just a few, the TECNO Camon 12 happens to very affordable and it’s the smartphone that many Kenyans and Nigerians are using to flex their image-taking techniques.

The new smartphone delivers all the necessary features and specifications that most big smartphones do, though it is still a baby when compared to its bigger siblings; the Camon 12 Pro and  Camon 12 Air (which has a punch-hole selfie camera). Nevertheless, we urge you not to be deceived for the TECNO Camon 12 is very much a competent and responsive smartphone.

The Tecno Camon series is hub of millennial smartphones, therefore, if not for anything else, you are sure to expect a powerful camera performance from the recently released 6th generation of the Tecno Camera-centric line which comprises of the Camon 12, Camon 12 Pro and the Camon 12 Air; all arriving at an affordable price tag.

As expected, the Tecno Camon 12 appears with a plastic body build this doesn’t come as a surprise to us considering the price tag at which this smartphone arrives with.

The new smartphone has a slim body build and just the perfect smartphone for all those users who like and enjoy big smartphones. The Tecno Camon 12 has a well-curved edge and it is impossible to fit into your palms because of its big nature. But despite possessing a big nature, the Camon 12 weighs just 170.7g this is just perfect for me.

One of the things I like about Camon 12 is its body that produces gradient from blue to violet on the back giving it a youthful look and feel.

The front of the new smartphone is almost covered with screen except for the slim bezels and waterdrop notch and other view elements. Nevertheless, the bezel at the bottom is a little bit more obvious than the others, but it is nothing to worry about.

The waterdrop notch houses the single selfie camera which has the earpiece seated on top of it. The notch also contains a notification sensor and other sensors.

The screen of Tecno Camon 12 measures 6.52-inches and it has a resolution of about 720 x 1600 pixels which happens to be bright enough and produces nice video playback and gaming experience. When it comes to quality, the screen is decent, producing colors that are not supersaturated. The LCD overall is good, although the screen seems to be brighter outdoors.

At the right side of the smartphone, you will find the volume rockers and the power button, while the left side holds the SIM card and memory card slot. On the button of the smartphone houses the USB port, 3.5mm jack, and the loudspeakers.

The back of the smartphone is slab with a fingerprint sensor, triple cameras that are vertically positioned on the left side with an LED flash under the camera setup.

The smartphone arrives with a total number of four cameras; three-camera senors at the back and a single selfie shooter on top of the screen.

The triple cameras on the back of the smartphone are made up of a 16 MegaPiexel for AI scene detection, 8 MegaPixel for wide-angle shots, and the 2 MegaPixel used for depth sensing. The 16MegaPixel main primary camera has an f2.0 aperture and other interesting features such as an AI HDR (which offers AI optimization) and AI scene detection.

The AI cameras help the smartphone recognize persons and objects. There are yet other features such as the Beauty mode which enhances the features of the face, Panorama and AR Shot which makes your images emojified!, and the Bokeh mode that blurs the background and highlights the main portrait.

On the front side of the smartphone, you will find the single selfie camera is 16-megapixels and assisted by a powerful dual LED flash that helps to achieve more detailed selfies even in low light conditions. In addition to the aforementioned, you will find another wide-selfie feature that resembles the panorama effect found on the rear camera.

The Tecno Camon 12 still drives in with the same old HiOS as well as the same old tricks. The HiOS allows you to change and tweak the hell out of the smartphone in order to suit your taste. Nevertheless, the HiOS also supports ads that most people consider as the downside of this smartphone. But if you don’t want those annoying ads, just get a new launcher.

Tecno was able to slab the Camon 12 with a 4 GB RAM and an internal 64 GB storage for all your media and other files.

Be rest assured that when it comes to performance, you will not experience issues with the Tecno Camon 12. The smartphone does a good job when executing a task, though not the best we have seen.

Right from the beginning, battery life has never possed as a problem for Tecno smartphones, the same remains true for the Camon 12. The new smartphone rocks a 4000 mAh which delivers great use time, though Tecno still has to improve the refilling time.

The battery takes about two hours (2hrs) and some minutes to offer you a full battery juice, which is quite a long time compared to other modern mid-range smartphones that are currently churned into the market.

The Tecno Camon 12 Price arrives at an affordable price tag, though it might slightly differ as a result of location and region. The smartphone has a starting price of N47,000 in Nigerian currency which is approximately equivalent to $140.

If you like the smartphone and want to purchase one for yourself or your family and friends, then you can check some online stores or any authorized Tecno dealer near your region.

The Tecno Camon 12 is a smartphone that blends both high-end features with a low price tag. For a smartphone coming in with powerful and impressive cameras, nice battery life, large screen and more; all for a price of N47,000. For me, that’s something worth giving a try.