Here comes another dope smartphone from one of the leading phone manufacturers Xiaomi and they called this new smartphone, Xiaomi Mi 4 which is the successor to the previous Mi 3. 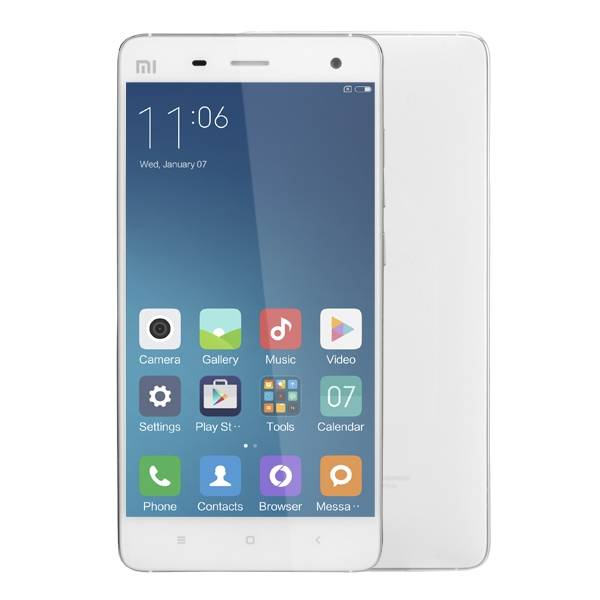 The Xiaomi Mi 4 released on July 2014, comes in with the same features as the Mi 3 and also uses a similar 5″ 1080p IPS display. The question now becomes, then what is new about this smartphone? Don’t worry too much because we got every aspect of this new device covered in this in-depth review. In this review, you will also see all the selling points of this smartphone. Come with me, Let’s get down to the design section.

The Xiaomi Mi 4 like its previous generation, arrives with recycled paper, an A/C adapter and a micro USB cable.

This smartphone comes with a 5inch Full HD IPS display and has slimmer bezels than its predecessor. The Xiaomi Mi 4 also comes with a body dimension of 139.2 x 68.5 x 8.9mm and also weighs 149 grams.

The body of this device is made of a metal frame with flat sides and a complete hard-to-remove rear cover.

The back cover of the Xiaomi Mi 4 is made of glossy plastic which is prone to fingerprints and smudges. The front of this device is almost occupied by its 5 inches IPS display.

The Xiaomi Mi 4 is very solid, though it features a slippery back, it also comes with the grippy metal frame.

The Xiaomi Mi 4 comes equipped with a 13MP camera with backside illuminated 1/3″ Sony-made sensor and also has a 1.12µm pixel size. The primary camera has a f/1.8 aperture.

The camera of this smartphone resolves plenty of detail, the color reproduction is also accurate and the white balance is correct most of the time.

Xiaomi Mi 4’s camera resolves plenty of detail, color reproduction is accurate and the white balance is right most of the time.

The HDR mode is conservative, it rescues both the shadows and highlights without making the contrast very low.

The Xiaomi Mi 4 arrives with an 8MP selfie camera and the images produce by it where welled detailed. The front camera comes with an excellent color rendition and a high level of resolved details.

Xiaomi Mi 4 ships with the Android 4.4.3 KitKat coupled with the company’s proprietary MIUI v5. Xiaomi’s customizations on the MIUI v5 run very deep and replace everything even all Google services, though you can still get them from the Mi Market app. We still have the home screen widgets, just tap and hold on the home screen, then select widgets.

The Adreno 330 is a wide-spread GPU core, entangle with the Snapdragon 800 and Snapdragon 801 chipsets. The GPU runs on a higher frequency over the S801.

This device also comes in different storage options, the 16/64 GB with 2/3 GB RAM. The storage does not have room for expansion.

Xiaomi Mi 4 comes with a powerful 3,080mAh battery. We conducted a test on the battery and this device scored a 68h rating, which simply means you can count on the battery to last just short of 3 days and that is if you call, browse the web and video playback an hour each day.

You can also buy this smartphone from most online stores near your region or any Xiaomi licensed distributor near you.

The Xiaomi Mi 4 is Well built, nice looking proper flagships with all the trimmings coming from China should be no astonish by now. And the least of all, the Xiaomi Mi 4. What should be the most surprising factor here is that it took Xiaomi less than a year to come up with this next generation.