After the successful release of their 2015 flagship phone, the Redmi Note 3, Xiaomi decides to start 2016 with its flagship called the Xiaomi Mi 5. 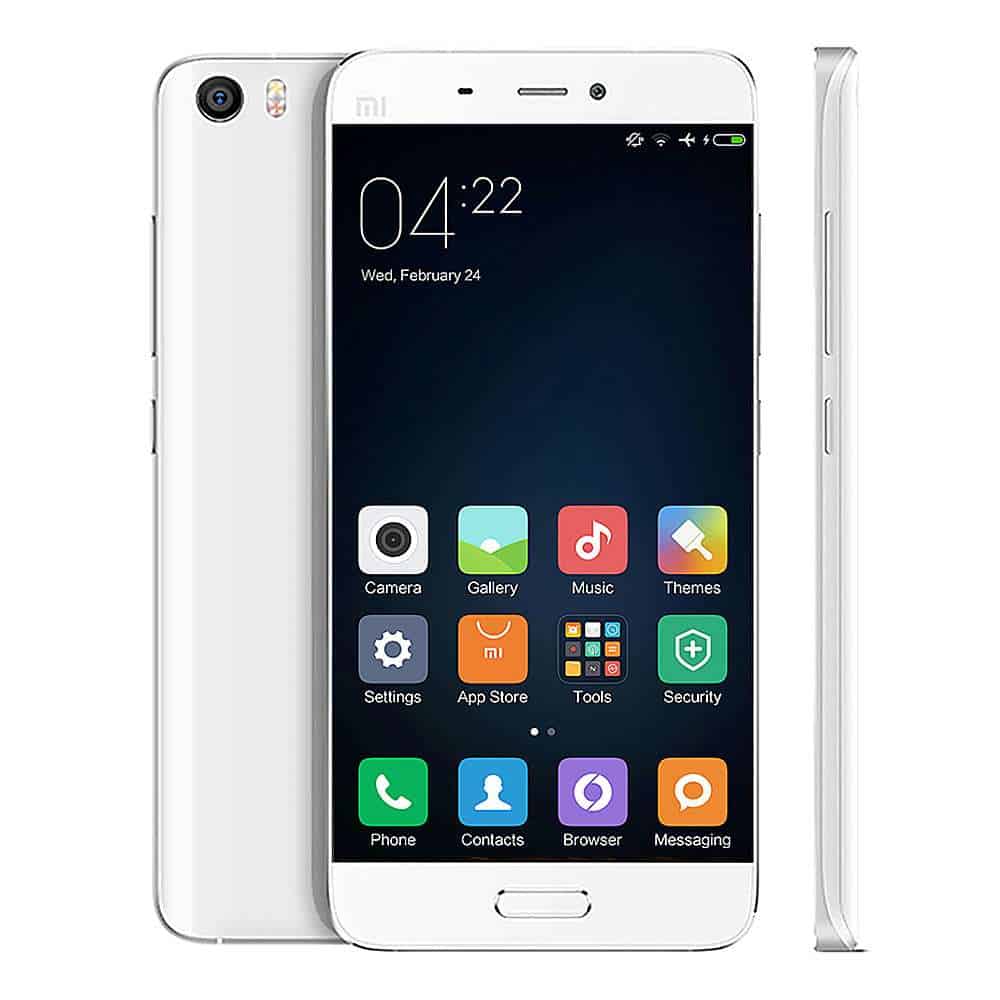 The Xiaomi Mi 5 was announced in February 2016 and comes along with a lot of changes like the processor has been greatly improved, the price is now higher and far from what Xiaomi has been known to do best (Produce budget phones). So, without wasting much of your time let’s see all the selling points that the Xiaomi Mi 5 ships in with.

The Xiaomi Mi 5 features a 3D glass at the back, and it curves down to the metal frame, and this gives you a comfortable feel when you hold this device. The glass back and metal frame of the Xiaomi Mi 5 comes together to give this device a premium appearance.

The volume rockers and power buttons are on the right-hand side. Meanwhile, the dual-SIM tray is on the left, and the IR blaster and our beloved 3.5mm jack are located at the top.

On the front of this smartphone, you will see the home button with a very responsive fingerprint sensor embedded in it. The recent and back buttons don’t have marks on them.

This smartphone comes in three different color varieties, the white, the black and the beautiful gold version that comes with a textured back.

This smartphone comes with a 5.15-inch Full HD display, with a pixel density of 428 ppi. The display is nice and according to Xiaomi, they used 16 LEDs under the display instead of the usual 12.

The Xiaomi Mi 5 uses a 16MP Sony IMX298 imaging sensor camera at the back. The primary camera has a f/2.0 aperture and other camera features like a dual-tone LED flash, 4-axis optical image stabilization, and phase detection autofocus.

Xiaomi Mi 5’s camera app is easy to navigate, the interface also offers you a quick shooting mode for photos and videos, HDR Auto toggles, flash, and switching between the back and front cameras.

The selfie camera is 4 MP and has a f/2.0 aperture. The front-facing camera produces great images. The camera also features an MIUI built-in the camera app, coupled with an easy-to-use auto mode and the advanced manual mode.

The Xiaomi Mi 5 arrives in three versions, the entry-level which is the 32GB model clocked at 1.8GHz, the second model 64GB and the larger 128GB models which offers the 2.15GHz edition of the Snapdragon 820 processor.

The Xiaomi Mi 5 comes in with the NFC, a USB-C connectivity, and an IR blaster. This device does not support an external storage.

The performance of this device was a little bit annoying because we constantly experience some form of lag, like making a video call on hangout was quite annoying as a result of the lag. One good thing about this device is that it doesn’t heat up except you engage in a 4K video recording while still charging this device.

The Xiaomi Mi 5 is powered by a 3000mAh cell. The battery is capable of carrying through the day with a conservative use. But, for those who will be heavily using this device, you will need to charge the phone before the end of the day.

Luckily, this smartphone supports a Quick Charge 3.0, though the charger that usually comes along with this device in the box is Quick Charge 2.0 — in real-world usage, nevertheless the difference is not much.

The Xiaomi Mi 5 comes with a $235 price tag which is equivalent to 85,300 Naira. You will be able to purchase the Xiaomi Mi 5 from some online stores or any authorized Xiaomi Mi 5 distributors around your region. If you stay in Nigeria, then you should try online stores like Jumia or Konga.

The Xiaomi Mi 5 is one nice smartphone that I have come across, it comes with a sleek design, great display, and other exciting features. The only problem that Xiaomi needs to address is the issue of availability and the camera that doesn’t produce sharp pictures in low light conditions. But, overall the smartphone is amazing.