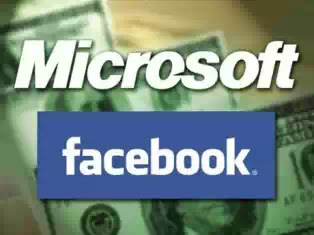 Facebook Inc said on Thursday it had agreed to buy advertising technology from Microsoft Corp that measures the effectiveness of ads on its website, which should help in its fight with Google Inc for onlineadvertising revenue.

Under the long-rumored transaction, Facebook will purchase the Atlas Advertiser Suite, an ad management and measurement platform that Microsoft took on with its $6.3 billion acquisitionof digital ad agency aQuantive in 2007. Facebook did not say how much it paid for the technology.

Unable to make it work for its own purposes, Microsoft wrote off $6.2 billion of the aQuantive deal’s value last year.

Facebook has long been dogged by doubts about the effectiveness of its ads and was embarrassed just days before its initial public offering in May when General Motors Co declared it was pulling the plug on all paid advertising on Facebook’s network.

Since then, Facebook has introduced a number of tools and partnerships to prove to marketers that advertising on its social network delivers enough bang for the buck.

Brian Boland, Facebook’s director of monetization product marketing, said the purchase of Atlas was not a step toward creating a much wider ad network beyond the Facebook site, but analysts believe that is Facebook’s ultimate goal.

“Although the statement announcing the deal focused on Atlas’ measurement tools rather than its ad targeting technology, we expect that Atlas will soon be using Facebook’s data to target sponsorships, in-stream ads, and other rich ad formats across the entire web, and that’s big news,” said Forrester analyst Nate Elliott.

“The question now is how quickly and successfully Facebook can integrate its data with Atlas’ tools, and whether they can avoid a privacy backlash as they do so. History suggests they’ll struggle on both counts,” he said.

Google leads the $15 billion U.S. market for online display ads with 15.4 percent share, according to researcher eMarketer, followed by Facebook with 14.4 percent.