Liberty Reserve Shut Down: What Is The Fate Of Its Users??

Its Obvious that Liberty Reserve Has Been shutdown after Costa Rican Owner, Arthur Budovsky Belanchuk was also Arrested in Spain for Money Laundering. 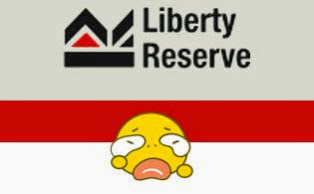 According to Reports, Budovsky was involved in financial crimes for transferring funds made by child pornography websites and drug trafficking.

His arrest and Site going Offline is a Very Big blow to many Online business which uses Liberty Reserve as A Means of Payment.

Currently a large number of users from different countries have deposited millions of Dollars in their accounts in Liberty Reserve.

Jonathan Capistrano who contacted LR about the status of peoples funds was told that they will not be closing down but are taking a break and that LR will be back “new and better” and finally said that funds will stay there ,with no reduction or increase in value.

According to unofficial reports, some $150 million of money is the least cash flow of Liberty Reserve payment system, which has managed toattract customers from all over the world. Duringthe recent years, many hackers have utilized Liberty Reserve for charging their clients and victims anonymously. Unlike other popular payment systems, Liberty Reserve doesn’t track the information of its users.

It is worth mentioning that Liberty Reserve (LR) is officially blocked in Iran.

Shadowserver is used by the US Governments to seize a website that has did an online fraud.

Even though Liberty Reserve is not an American company, The US Government Contacted the Costa Rican Police to Enable them have the Permission To handle the issue as the site has been under watch by The US Government since Day 1.

After Being contacted by a Staff, They have it that LR was Not hacked, They Will come back and that they are on a Break after what happened. Your Funds will be intact, No Increase, No Reduce!!