It has been reported that the technology giant, Samsung is working on its own wearable headset computer ‘Samsung Galaxy Glass’ in rivalry to Google glass. 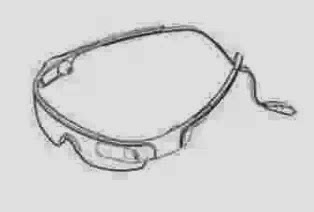 Google Glass is a wearable computerwith an optical head-mounted display(OHMD) that is being developed by Google in the Project Glass research and development project, with a mission of producing a mass-market ubiquitous computer. Google Glass displays information in a smartphone-like hands-free format, that can communicate with the Internet via natural language voice commands. – Wikipedia

Google was the first technology giant to produce a pair of smart glasses, although smaller manufacturers have been working on similar devices for years.

Currently, a new report has emerged claiming that Samsung’s Glass could be a step ahead of its rival ‘Google Glass’ and will turn your hands into a QWERTY keyboard.

The report shows that a user could type using his or her thumbs with a Galaxy Glass by tracking virtual alphabets mapped over different sections of a user’s fingers. 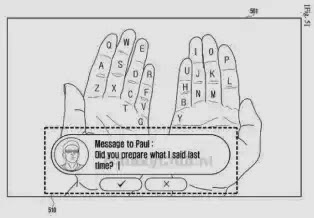 As shown in the pictures above, letters will be displayed virtually on the fingers of your hand, to be seen only by the smart glasses wearer. The thumb will be used to type out letters that are recognised by the glasses. While this looks like a good idea we’d imagine implementation with accuracy to be an issue.

Reports suggests the Korean company is eyeing up its own Galaxy Glass smart glasses ready to be revealed in September.