No doubt, many people loved the N3 – but the phone has some downsides – no front camera, no flash and no proximity sensor. But Tecno, probably having gotten these complaints from users, have just released an improved version of the N3 — but in another name this time. It’s the Tecno P3! 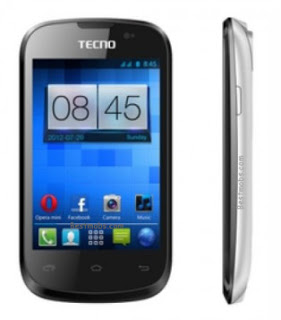 The Tecno P3 has a RAM of 512MB, Inbuilt Memory of 512MB But can be extended to about 32GB external memory (Micro SD).

The Device runs on the Android 2.3.5 Gingerbread.

The device has an 800 MHz processor with a dual core CPU.

The Device Supports WIFI Wi-Fi 802.11 b/g/n, WIFI hotspot
It has a Bluetooth Version of 3.0, It has GPS A-GPS, It doesnt have NFC and Finally, USB port with MicroUSB v2.0