Why You Dont Earn From Some Clicks On Your Adsense

This is a major problem experienced by most adsense publishers. Sometimes you get clicks but no earnings on your adsense account and you are like WTF??? And a major thing that comes to your mind is wether adsense is on its way to give you a boot. Most people (Like Me) just dumb their account if the situation occurs frequently. 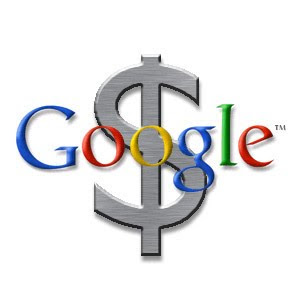 Below are a few reasons you see clicks on your adsense account but no earnings.

When you observe clicks without earnings on your adsense account, one of the major reasons behind it is Invalid Clicks. There may be various reasons for invalid clicks and Google do not disclose its click monitoring system. When google just suspects Invalid Clicks they wait and subtract the amount earned later, but when it’s obvious they don’t even bother crediting the adsense account. This has also happened to me when i was still using my adsense account. I saw about €1.5 in the morning. When i checked again in the evening, it has reduced to €0.9 and i was like WTF??? Well, it is better they deduct the invalid click earnings than disabling my account for invalid clicks and you know how hard it is to get an adsense account theys days.

Most Times, cpm ads are displayed on your site or blog instead of PPC (Pay Per Click). Google reserve the right to selection of the ads on your site wether to display PPC or CPM ads and user. Meaning that Publishers have no right to select which ads will show up or not. If a CPM ad is shown and you generate a click on that ad, your CPC will be zero and earning will be according to the impressions. CPM ads or Pay-Per-Impression ads do get paid very less. One can get something like 30 cents per thousand impressions.

Public-service advertising or PSA, is generally sponsored by a nonprofit institution, civic group, religious organization, trade association, or political group. These ads are displayed because Google Adsense has not been able to find appropriate ads for your page.

Any Clicks Made On These Ads wont get you any earnings.

How to Build an Online Business that Actually Makes Money