As you already know, most phone users are known to plug their phones into their chargers before sleeping, so they can wake up to a decent battery per cent the next day. If you own an iOS device, there is no wrong way to charge your phone overnight, however, having a docking station on a nightstand or dresser will ensure all your electronics are tidy and organized at all times. See the best options in our list of 5 Best Bedside iPhone Charger Docks:

This charger has to be one of the best 3-in-1 bedside docks around. It comes with a vertical iPhone wireless charger, a standing Apple Watch charger, and a spot for AirPods. If you own another pair of wireless earbuds such as Google’s PixelBuds, they can be charged in that spot as well. It is coated in a soft rubber texture that gives it a nice feel. 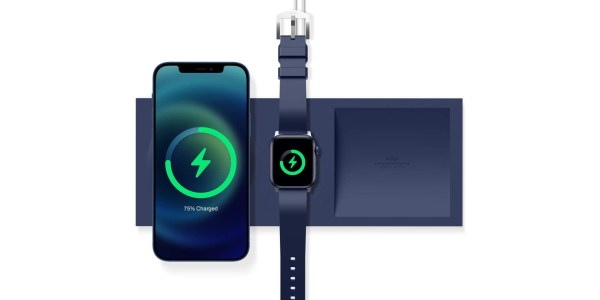 This is another option that makes it simple to use your existing charging accessories. Do note that its charging tray doesn’t include any electronic elements in the box. Unlike the other options listed here, it needs you to use the charging devices you have.

Having said that, if you don’t have Apple’s MagSafe charging puck, this will help to combine it with the Apple Watch charger for a modern looking dock.

This is a brilliant minimal charging pad that can simultaneously accommodate three devices. Like most polished products out there, this one is not so cheap, even if it is worth your money.

It also possesses a detachable Apple Watch puck, a decent feature that allows a 3rd, non-Apple Watch to be plugged into the back USB port for future expandability. 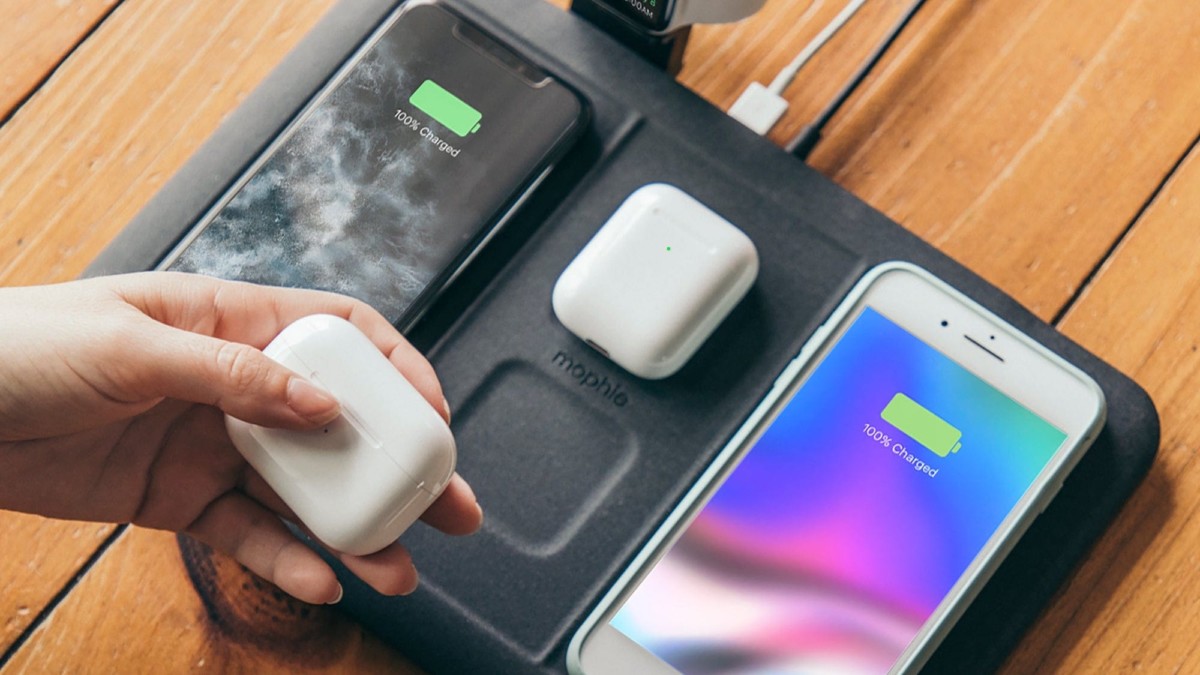 Still on the topic of best iPhone charger docks. This is a beautiful wireless charging mat that can charge 5 devices simultaneously. It comes with 4 dedicated, simple-to-align spots on the mat, alongside a USB A port on the back to connect a fifth item through a cable. The added USB port is where you can plug the extra Apple Watch charger if you need that functionality instead.

This is another simple, minimalist bedside charging solution that looks really good. Its black exterior contrasts come with a top black padded area made from recycled leather.

This charging option will not distract from your room’s decoration, and there are lots of charging options available. In fact, owners can lay one phone on top, lengthwise, or 2 phones can fit vertically.

There you have it – a comprehensive list of 5 best bedside iPhone charger docks. If you have any personal favorite or other recommendations, feel free to drop them in the comment section below.

The user interface is built around the device’s multi-touch screen, including a virtual keyboard. The iPhone has Wi-Fi and can connect to cellular networks. An iPhone can take photos, play music, send and receive email, browse the web, send and receive text messages, record notes, perform mathematical calculations, and receive visual voicemail. Shooting video also became a standard feature with the iPhone 3GS.

Other functionality, such as video games, reference works, and social networking, can be enabled by downloading mobile apps. As of January 2017, Apple’s App Store contained more than 2.2 million applications available for the iPhone.

Development of what was to become the iPhone began in 2004, when Apple started to gather a team of 1,000 employees (including Jonathan Ive, the designer behind the iMac and iPod) to work on the highly confidential “Project Purple.”

Apple CEO Steve Jobs steered the original focus away from a tablet (which Apple eventually revisited in the form of the iPad) towards a phone. Apple created the device during a secretive collaboration with Cingular Wireless (which became AT&T Mobility) at the time—at an estimated development cost of US$150 million over thirty months.