Take a poll today, for best action cameras, there is a high chance that GoPro will take a higher percentage in the result. This is facilitated by the features it houses. The GoPro action camera has proven to be very efficient in capturing quality videos and photos. Despite its efficiency, there is still a large number of people who intentionally do not feature it in their list of potential action cameras to be purchased. This is facilitated by a very obvious reason, which is the price. In this article, we explore a list of best cheap alternatives to Gopro.

In search of a very efficient Action camera, that can efficiently work as an alternative to the GoPro action camera? The FITFORT 4K ACTION CAMERA may just be all you need. With a price tag of $47, this action camera is cheap but offers features very similar to what you would get on the GoPro Action camera.

The FITFORT 4K ACTION CAMERA features a 16MP image sensor, records 4k footage at 30 FPS, 1080P footage at 60 FPS. It lets you shoot with a 170-degree wide angle. This camera comes with different mounts and a waterproof case that lets you dunk the camera up to 100 feet. It also features a 900MAH battery. the FITFORT 4K Action camera costs $47.

VITECH KIDIZOOM Action camera was designed for youngsters who have a passion for photography and cinematography. VITECH made this basic photography equipment available to youngsters, in order for them to be inclined with their passion.

The VITECH KIDIZOOM Action camera is easy to use the camera, that allows users to capture both videos and photographs. It comes loaded with filters and editing effects, that makes post video production a lot easier and simple for newbies. This camera comes with a waterproof rugged case, that lets you dunk it on water up to 6 feet. The VITECH KIDIZOOM costs $42.

Similar to GoPro action, Innovation Dub Action is an action, designed to take the beaten usually camera won’t take. It was designed for the ocean, lake or swimming pool. This camera can be dunked in water up to 200 feet.

Still on the topic of cheap alternatives to GoPro, the Yi 4K Action Camera, is yet another awesome alternative to the GoPro. Alternative but how? The Yi is packed with features similar to what you get in the GoPro.

The Sony A550 features a 12MP camera, that is capable of shooting 1080p videos at 60fps and 720p videos at 120fps. It costs about $181, making it the most expensive GoPro alternative we have mentioned so far. 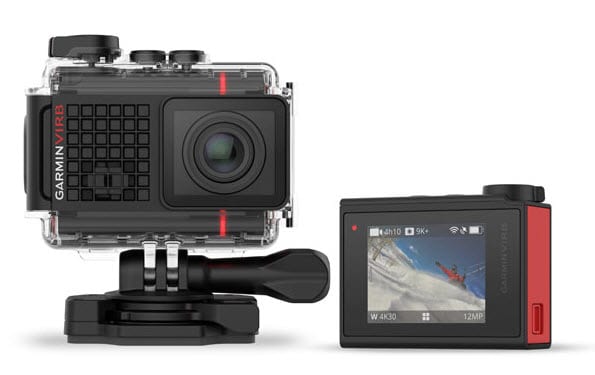 There you have it – a comprehensive list of best cheap alternatives to GoPro. If you have any other recommendations, feel free to drop them in the comment section below.

5 Gadgets to Help You Cope with a Power Outage