There are different game reserves in Nigeria. Each game reserve has their different variety of birds, mammals, reptiles and other animal species. They also have big animals such as the Buffaloes, Antelopes, Lions, Elephants, Monkeys and Cheetahs and lots more. 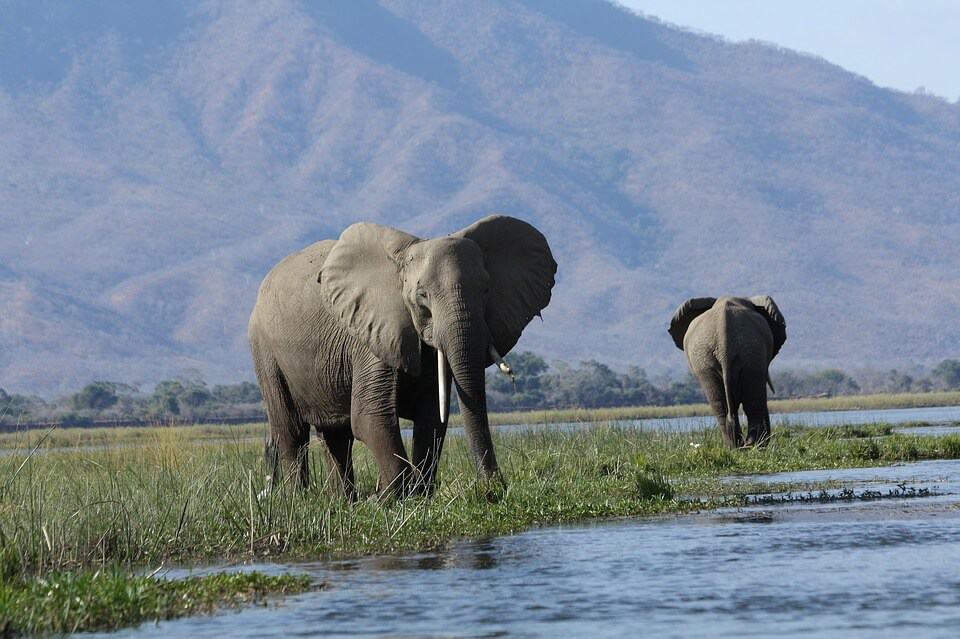 It is one of the largest that we have in Africa and it happens to be the biggest in Nigeria. It was established in 1991. It is situated in the eastern part of Taraba State and Adamawa to the Cameroun boundary. It has a land mass of about 6,402km2. The northern part of this game reserve is Savannah grassland, while the Southern part is a rugged topography with very High Mountain, steep slopes, and deep valleys.

It has an altitude between the ranges of 457 meters (1,499ft). There is always an abundant river that flows during the dry season. It has several species that dwells in the fauna and flora habitat such as African leopards, lions, rhinoceros, elephants, and Cape buffalo etc. It is a tourist attraction for people that love tourism.

Cross River National Park is situated in Cross River State, Nigeria. The National Park has two regions – Okwangwo and Oban. The former was established in 1991 and the latter was established in 1988. It has a land mass of approximately 4,00km2. Most of the land mass is tropical rainforests which are being found in the Northern and Central parts. While the mangrove swamps are being situated on the coastal zones.

There are sixteen primate species that have been recorded in the C.R.N.P. The primates that are commonly found are drills, gorillas, chimpanzees, and the gray-cheeked mangabey. Some of these primates have gone into extinction. Some of the major problems that the park has encountered are poaching, illegal logging and bush farming. Fun lovers can enjoy hiking when they visit the park.

There is a large water reservoir that enhances the life of birds that migrate to live there during the raining season. People can watch the wildlife as they tour on the Dabarmagini Lake and Lake Nguru. Horse riding and hiking are some of the fun activities that can be carried out in this National Park.

It is located in Kwara State and the Niger State of Nigeria. It was founded in 1978 and it has a total land mass of about 5,340.82km2. The park has three diverse sectors such as the Zugurma game reserve in the Southeast, a division of the Kainji Lake that there is a restriction of catching fish and the Borgu game reserve to the west of the lake.

One can enjoy his or her time visiting this game reserve that comprises a different variety of wildlife. There are Kali hills inside the park and in the Oli River. The species of wildlife that can be found here are lions, hippos, aardvarks and leopards and lots more. The tourist camps are equipped with amenities and electricity etc.

It is situated in the west of Kaduna State, Nigeria; with a total land mass of 1,120km2. It was founded in 1936 and was initially called Native Authority Forest Reserve. Then it was later changed to Kamuku National Park in May 1999. Non-Governmental Organization (Savanna Conservation Nigeria) manages the community-based project that promotes sustainable resource usage.

The federal government of Nigeria has been in search of a partnership with a foreign financier to develop eco-tourism within the park. Kamuku National Park is close to the Federal Capital Territory (Abuja). There are 19 different mammal species and 177 bird species. The species that can be found here are green monkeys, baboons, elephants and duiker species.

The park was initially called the Okomu Wildlife Sanctuary with a land mass of 1,082km2. It is situated in Ovia South-West Local Government Area, Edo State, Nigeria. It happens to be the final habitat of species that are endangered. Many species of animals that live in the park have become extinct, because of encroaching that have been carried on the park.

Another activity that has affected the park is illegal logging and it has posed a serious threat. Many people in Nigeria visit Okomu National Park. The park has various species of plants and animals that are rare in some game reserves. Examples of animal species that can be found are elephants, chimpanzees, porcupines, river hogs, buffaloes, antelopes, and white-throated money. You can visit this game reserve to have a touch of nature.

There is a large number of wildlife species, which includes both plants and animals. One can gain access to the park from either the Northwestern or Southeastern part of Nigeria. The name of the park is being derived from the ancient city.

Yankari National Park is situated in the south-central part of Bauchi State, Nigeria. It has a land mass of approximately 2,244km2 with several natural warm water spring. Apart from this, there are the different assortment of fauna and flora. Its location in the heartland of the West African Savanna has made the park to be unique for tourist.

There are large numbers of wild African buffaloes, baboons, elephants.  Many people have considered it to be one of the best national parks that are suitable for wildlife observation and it has promoted eco-tourism and tourism in Nigeria.  There are also tents and hotels where one can stay during their visit to the park.

Afi Mountain protects rare species of animals and it was founded by the Cross River National Park. Tourists that visit this park enjoy watching this animal species. In some cases, people study the rare species to know more about them.

How to Migrate to Canada – Top 5 SureFire Ways

How to Apply for Canada’s Work Permit