By joshuaegeonu3 Mins Read
Share
Facebook Twitter LinkedIn WhatsApp Pinterest Email
Google has announced new UI changes and features for the Google Home app at the company’s fall hardware event while also announcing the Nest Wifi Pro, which makes it simple to install Wi-Fi 6E signal throughout your home and control it with Google Assistant.

For years, the mega tech company has offered its “Google Wifi” and “Nest Wifi” series devices, which are designed to provide your home with a strong, dependable Wi-Fi signal. The main point that Google has always emphasized is the ease of setup via simple hardware and the use of the Google Home app.

In 2019, the Nest Wifi series was divided into two types of devices: base routers and extenders with Google Assistant speakers. Google is returning to its roots with the new Nest Wifi Pro, emphasizing simple connectivity first and foremost. 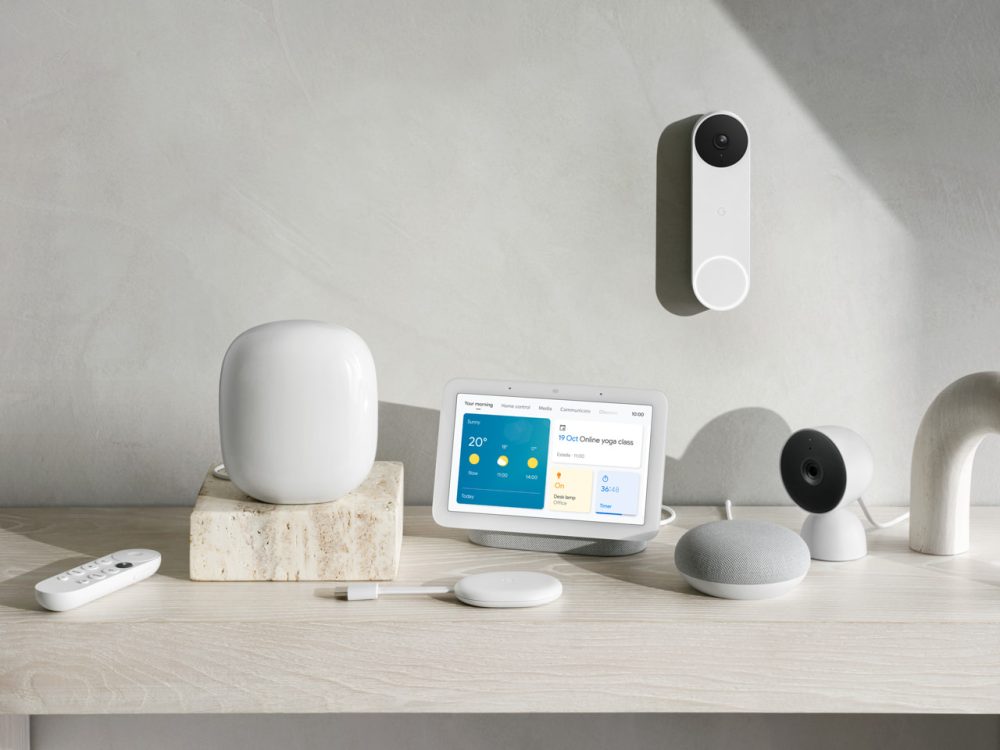 The Nest Wifi Pro includes full Wi-Fi 6E connectivity, which is two major steps up from Google’s previous hardware’s 802.11ac (now known as Wi-Fi 5). A Wi-Fi 6 or Wi-Fi 6E network from Nest Wifi Pro is capable of up to 5.4Gbps under ideal conditions (minimal interference, strong signal, top-tier hardware, etc.). Even without those ideal conditions, Wi-Fi 6E should be several times faster than an older Wi-Fi 5 network, both for internal and external connections.

The use of a third wireless signal range between 6 and 7 GHz distinguishes Wi-Fi 6E from standard Wi-Fi 6. Because these ranges are not currently used in homes, Wi-Fi 6E capable devices should be able to communicate with less wireless interference, albeit over a shorter potential distance. Wi-Fi 6E is still in its early stages, so not many devices support it, but your essentials, such as Pixel phones and high-end Chromebooks, should benefit.

Each Nest Wifi Pro extends the range of your home’s Thread/Matter network. When Google Home is fully integrated with Matter, the Nest Wifi Pro will serve as a Matter hub to control individual devices.

The Nest Wifi Pro, like all of Google’s previous routers, is designed to be easily managed by the Google Assistant, making it simple to turn on/off Family Wifi or Guest Network, or even display your guest login info on a smart display. Google has also built in a lot of smarts behind the scenes to automatically optimize for important traffic like video calls and streaming. However, because there are no models with built-in smart speakers, this model is not as well integrated with the Assistant.

The Nest Wifi Pro routers are available in a variety of colors to help them blend in with Google’s latest generation of hardware while also looking nice in your home. Snow (white), Linen (beige), and Fog (blue-green-gray) should all be considered.