Do you know you can now exit WhatsApp groups Secretly?

WhatsApp introduces new features and capabilities every month. It recently implemented the option to respond to messages using emojis in its phone applications and web interface. When you thought things couldn’t get much better, WhatsApp sets out to identify issues that users encounter regularly. The most recent one focuses on Whatsapp groups.

Must Read: WhatsApp Business to Introduce a Paid Subscription for Linking Multiple Devices

Until recently, when you quit a WhatsApp group, the software notifies everyone in the group, making your exit highly public. Many individuals may think this is normal; however, it is essential for those who desire some privacy while leaving a gathering.

Officially, WhatsApp allows up to 512 users to join a single group chat instead of the 256 members it used to be; however, this can lead to a lot of coming and going during a conversation, which can distract other participants. Hence, WhatsApp is currently working on a new feature that will allow users to “silently” leave group chats instead of all group members being notified when they do, and only the admins will be notified. 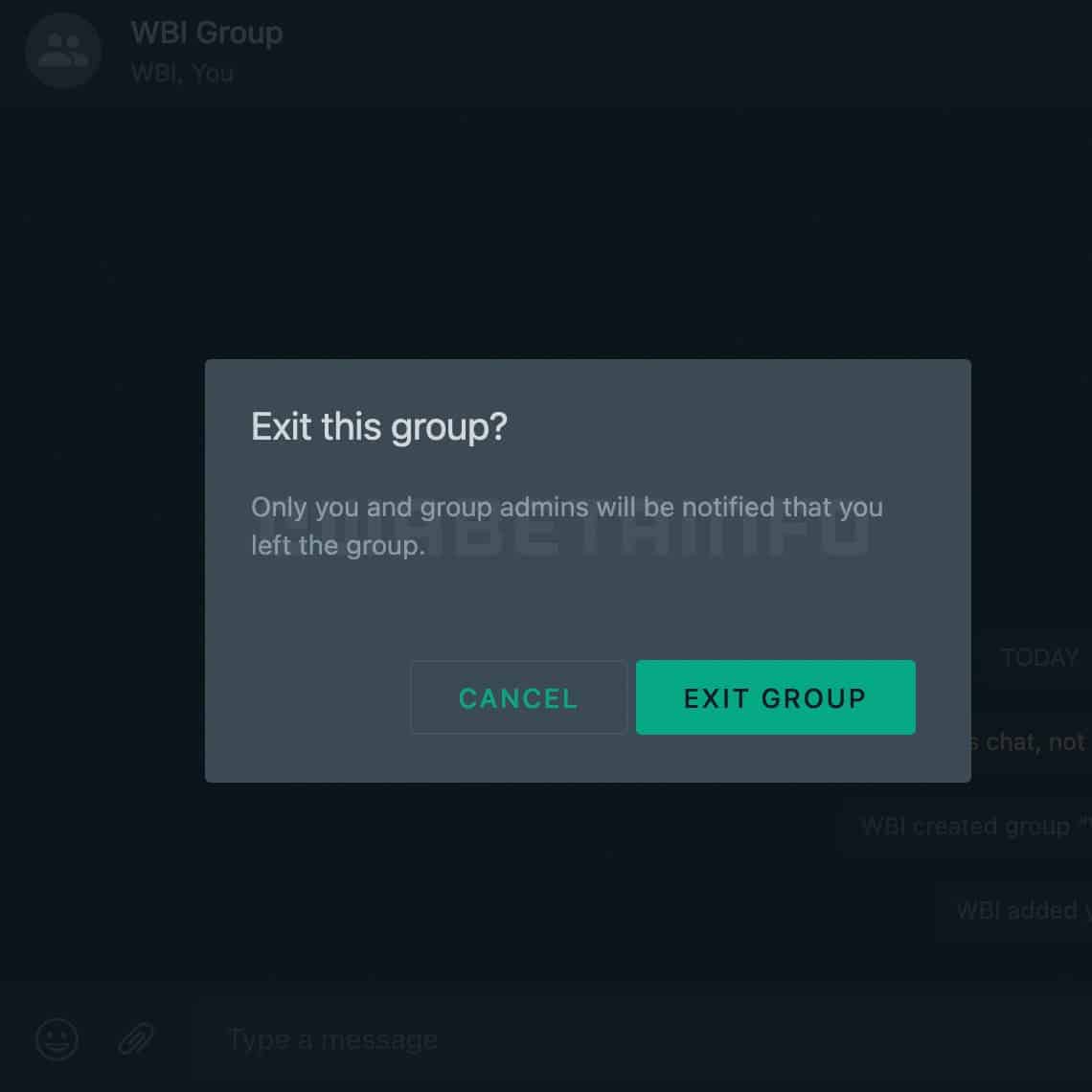 According to WABetaInfo, WhatsApp will also add another feature to its app: previews when sharing a link. Only the URL displays in the chat currently, so you’ll have to click to learn more or guess based on the wording. Users will now be able to see a short preview, similar to an image, of where they will be going. Something that other messaging apps, such as Messenger or Discord, already had but which WhatsApp lacked.

When will these features be available? That is the most important question. WhatsApp never informs about upcoming new features, although they should appear in future subsequent updates. But one thing is sure: WhatsApp continues to improve in little ways to satisfy users who are becoming increasingly enticed by the competition. A few weeks back, WhatsApp added Reactions, which allows you to respond to WhatsApp messages using emojis quickly.

According to the developers, users can promptly express their emotions without flooding the chat with new messages. Six different emojis are currently accessible as “Reactions,” including the well-known “like,” folded hands, a heart, and faces – laughing, crying, and surprised. The feature was first announced on April 14, along with several additional features that should be accessible in the following weeks, so we expect to see these newest features soon.

TikTok to Help Users Curb Addiction With These New Tools