With other OEM churning out devices for their fans over the past few months, we patiently waited for Innjoo to show us what they’ve got for and they for sure didn’t disappoint. 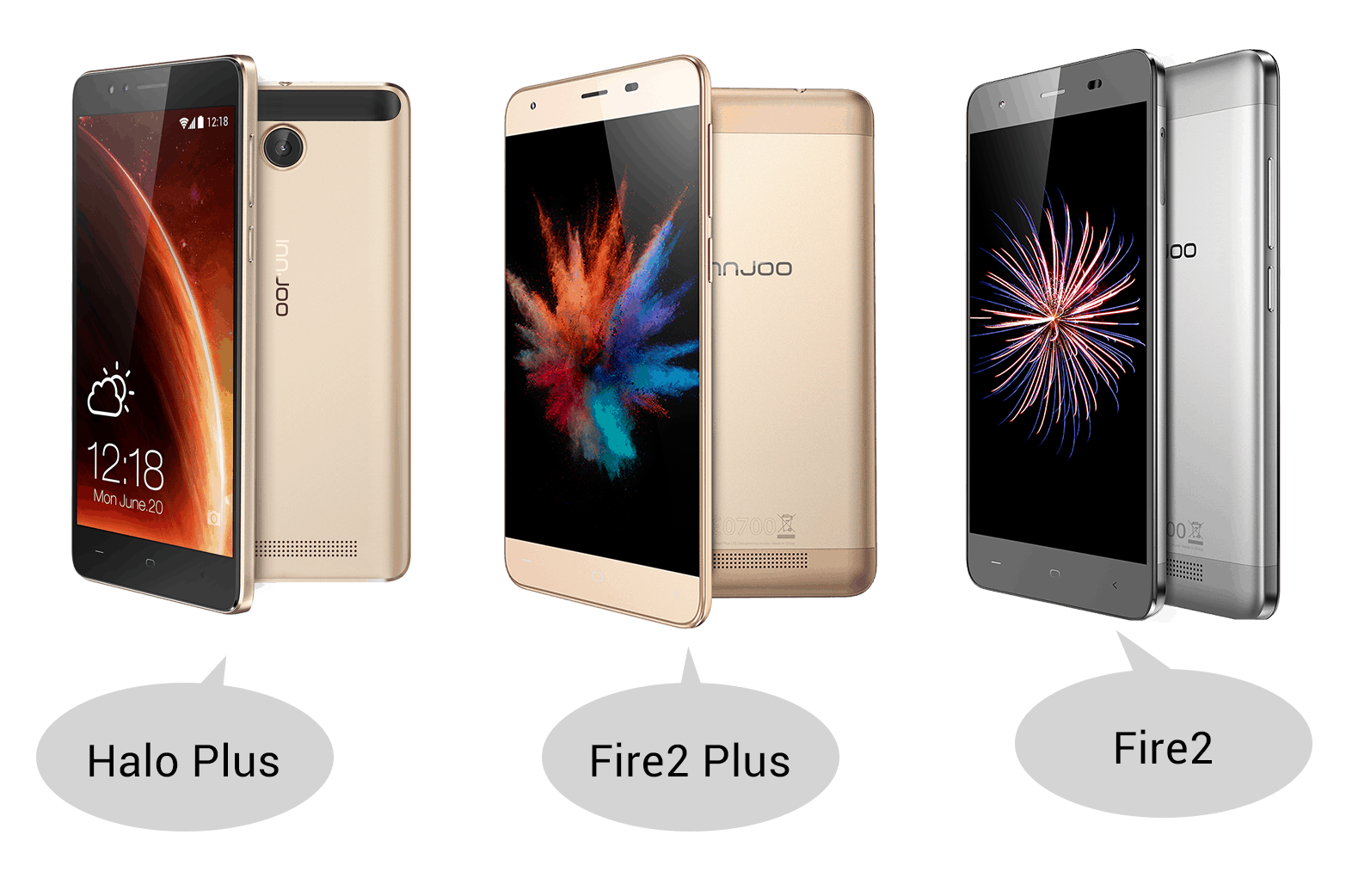 The Dubai based smartphone manufacturer is set to release 3 devices with splendid features at yet affordable price ranges. The devices to be release the Halo Plus, Fire2 Plus 3G and Fire2 Plus LTE. Below are quick specification overviews of the new Innjoo devices.

The Innjoo Halo Plus which obviously is an upgrade to the Innjoo Halo would sport a 5.5″ display and a 3600mAH battery. Still with a 1GB RAM and 8GB ROM as the former, it also supports and external SD card slot with up to 32GB upgrade. Below is the Halo Plus’ Quick Specs.

This device, though not just an entrant on the OEM’s list of devices, it is to made available to this part of the world now. It’s a sort of a bridge between the other two device to be launched. With a 5.0″ display, it has a battery with 2800mAh capacity.  Here’s a quick spec overview of the Innjoo Fire2 3G device.

The Innjoo Fire2 Plus LTE is obviously the top notch device among it’s fellow to be launched. It comes with moderate specs such as a 2GB RAM, a 13MP rear camera and most of all a 4600mAH battery. More so it does have support for LTE. Below is it’s specification.

All these devices have a Dual SIM support. Though we do not have specific price tags for these devices at the moment, we for sure know that they would come in as some of the most affordable devices for their specifications in the Nigerian smartphone market.

What do you think about these devices? I’ll love you from you.