Intel to release its first Smartphone

Motorola releases its first Intel-powered processor smartphone at press conference here in London. It is based on a normal range variety sold in US markets that features ARM Snapdragon processor. The Motorola Razr i comes 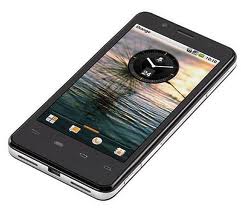 with a powerful advanced Amoled display screen of 4.3 inches, and makes it bigger than recently launched Apple’s iPhone 5, however it looks smaller than best-selling Samsung Galaxy S III.

The main feature of this smartphone is that Intel Atom Chip, it runs at a speed of 2GHz and records as fast Intel atom processor. This chipset is designed and optimised to work especially for Motorola’s technology which contains a newly created image signal CPU. It allows taking photos in a fraction of a second which is two times as fast as devices available in the market revealed by General Manager of Intel communication group. It is clear that with the inclusion of Intel processor that it is not possible to support Google chrome as its default web browser, as it can be done on earlier models of Motorola’s Droid Razr M. With the Intel processor inside Motorola Razor I, it comes with extraordinary performance and good battery life. The operating system for this smart phone used in Android 4.0, ice cream sandwich which can be upgraded to 4.1 version, jelly bean and you can get access to more than 600000 applications and games, also books, movies. Can use Google maps for directions and you can also get voice guidance. It is also having near field communication technology which allows sending links, maps, and contacts to compatible devices with android OS. It only supports HSPA+ and doesn’t support LTE, as LTE technology is non-existent in Europe and it is not a great loss.

Designed with protective materials and it is surrounded with diamond cut aluminium frame, made of Gorilla Glass. This Corning Gorilla Glass bounces scrapes and marks. Even if this device is caught in rain nothing happens to the device as it is made through DuPont Kevlar.

Motorola’s Razr I has long battery and some of the smart actions can be setup which saves the battery and automatically adjusts charging. If you want to use your last minute power or want avoid phone ringing while in meeting smart actions will immediately take control of such actions. One of the important applications of this smartphone is Guide Me, it comes with preloaded and it is interactive as this app doesn’t require any manual operation. The widgets allow fastest access to weather, time, notifications and many more.

The smartphone is ready to release only in France, UK, Germany, and in Latin America and it will not available in US and Canada. Price varies from country to country; initial price may be higher and for people who cannot afford can consider same day cash loans. For further details and the latest information about the product you can visit the Motorola’s official website.

Emily is a regular financial blogger who loves to share her interest on the web. Hailing from financial industry, some of her published works are available at financeport.