Whether they have the most interesting Instagram feeds or their fans are just loyal like that, the following of any celebrity says a lot about their status in the entertainment industry. Primarily as a Kenyan celebrity. Being known in a country that embraces quality entertainment is not an easy task. So having a lot of followers ranging from thousands to millions is a very commendable achievement. Here is it the list of the most followed Kenya celebrities on Instagram.

She rules the television industry in her country and is also a popular social media influencer. Born and raised in Mombasa, she stormed the entertainment scene when she appeared in P-Units music video titled “Your Guy.” She has also won so many awards for being a fabulous vixen.

A Kenyan Afro-pop band consisting of names like Bien Aime Baraza Wills Chimano and Savara Mudigi. Formed 14 years ago, this group is a household name in Kenya. The respect and fame they’ve gathered since their first hit song have earned them a spot on this list.

The favorite comedian is also a famous face in Kenya’s comedy industry. Known for his hilarious jokes and incredible delivery, he has enticed a lot of fans to his brand which in turn has enabled him to compete with his fellow entertainers on this list.

Also referred to as The Boss Lady, she participated in Big Brother Africa Season 8 4 years ago where she ensured she left her mark as she represented Kenya. She is also a top socialite and model who is no stranger to controversies. 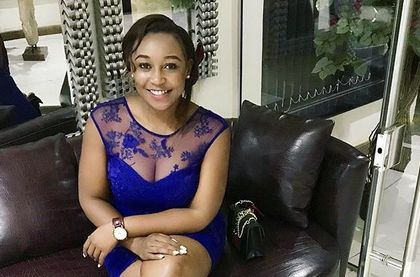 She is not only known for her pretty face and gorgeous looks, but she is also famous for being a TV personality and entrepreneur.

What makes her stand out is her constant interaction with her fans on Instagram. This might’ve played a major role in her colossal following on Instagram.

With fans who are youths, you are bound to have a huge social media following. This Kenyan singer is living evidence of that fact. He featured Eddy Ken Zo on a new tune that blew Kenya away to prove he is a force to reckon with in Kenya’s music industry.

She twerked for a while before deciding to go into gospel music. Her bad-girl-turn-good story will not be complete without mentioning the fact that she got married to popular Gospel deejay, DJ Mo to seal her faith in Christ. The move has worked as she is blessed with so many followers on Instagram.

His Instagram account is filled with images of his life’s passion for travel, his love for his job and his amazing friends. He also hosted to the favorite Kenyan TV show “The Trend.”

He has gathered fame locally and internationally for always being in our faces whether on TV or on Instagram. 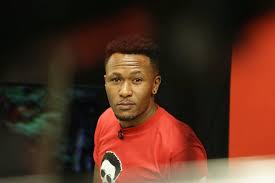 Married to Size and Reborn, he is a famous TV presenter, gospel DJ, and mentor. Known for being the life of many gospel events he has gone on to carve a name for himself in the Kenyan entertainment scene and working for his heavenly father at the same time.

The famous actress was always going to feature on a list like this. She is one of the few celebrities known in Kenya and also outside of it. Born in Mexico by Kenyan parents, the beauty has graced our TV screens doing what she knows how to do best. She featured in a favorite movie titled “Black Panther.” recently to further prove her undisputed relevance.

There you have it guys, a comprehensive list of most followed Kenya celebrities on Instagram. If we missed any top Ghanian star, please lets us know in the comment box below.