Just found out the new Nokia lumia 1520 has been announced at the Nokia World in Abu Dhabi, well I have also been waiting for the release of the phablet. I would be outlining what’s new to Microsoft’s flagship phablet. 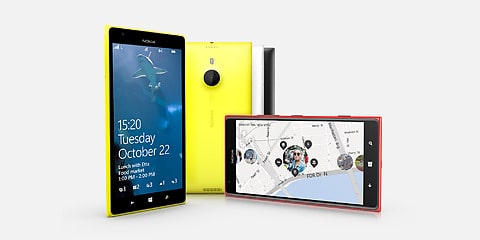 New features which may have been rumored for quite some time includes 6.0 inch screen which is good for a phablet, a 1080p display and a 20MP camera.

OS & PROCESSOR: The latest Phablet is running windows phone’s latest windows 8 system software for its flagship phablet with a 2GB Ram onboard and this would help’s in processing features faster, it runs quad core 2.2 GHz krait 400, a RAM of 2GB with an internal memory of 32GB, that hasn’t changed from the Lumia 1020 a microSD that supports up to 64GB. This phablet also includes adreno 330 for its GPU and 7GB free sky drive storage.

CAMERA: the new phablet uses a slightly bigger ½.5 inch sensor from 1020 lumia which is 1/1.5 inch, with an astonishing 20MP onboard camera; this phablet also features dual capture too. The camera also features optical image stabilization, dual LED flash and autofocus. For video recording it includes [email protected] a video light and stereo sound rec. For the front camera NOKIA added a 1.2 MP HD and a [email protected] for the secondary camera. 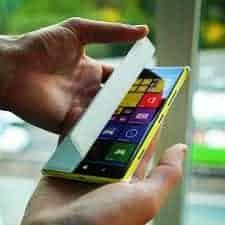 INTERNET AND CONNECTIONS: Innovation for the network and its radio it handles includes Bluetooth 4.0, a super fast 4G network connection and near field communication NFC just like the Z30, galaxy Note 3, Sony Xperia z1, galaxy S4, a nexus 5 and so many other smart phones, Wi-Fi of 802.11 a/b/g/n/ac, dual band and Wi-Fi hotspot, that’s cool.

SCREEN: The screen is 6.0 inches and a 1080 x 1920 IPS LCD capacitive touch screen with multi touch features, to protect the screen Microsoft also added a corning gorilla glass 2. The screen has a clear Black display which is great and similar to the lumia 2520. Who wouldn’t want a clear display?

PRICE: For the price it would be around $750 according to Nokia excluding tax, I will get you the price when it’s available in Nigeria which is likely to cost around N144, 000 to N165, 000. Woo! Expensive right? Tell me in the comments.

So here is a reason to choose LUMIA 1520.
It has a smooth running OS, an astonishing 20MP camera, an accessible superfast 4G internet connection, you can enjoy good processor like other high end smartpones, Wi-Fi connection from the Smartphone, an impressive 32GB onboard memory to store all your songs, videos and pictures, well! screen is clear, wireless charging, a good lasting battery which has more capacity than a BlackBerry Z30, SONY Xperia Z1, a Samsung Galaxy S4 and LG Nexus 5, well you can see that Nokia is exceptional when it comes to battery life. Don’t forget you also have BlackBerry Messenger beside you.

It’s heavier than it’s Rivals which is BlackBerry Z30, SONY Xperia Z1, Samsung Galaxy S4, Iphone 5s and LG Nexus 5 which is not good for a Smartphone, the device will be awkward to stay in your pockets because of the weight. As for the price factor it’s expensive.
If you also have any suggestion’s let me know in the comments. I would love to see your comments. we shall discuss.