No doubt the Samsung Galaxy S6 and it’s brother device Edge are great smartphones that feature a whole lot of improvements from their predecessor, the Galaxy S5, but are they actually worth the upgrade?

Before you go out there to get the S6 for yourself, I think you might want to consider the following points which made the Galaxy S5 a success and where left out from these super fast processing, sharp display and well designed beasts. 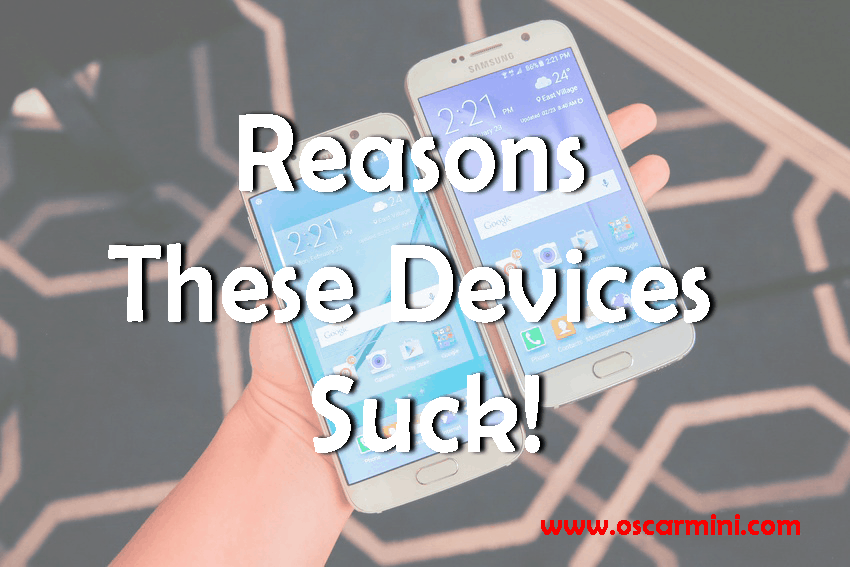 This is one thing that has put me off using this device. Due to the glass finish that the back cover is made of, Samsung this time decided to join the non removable battery bandwagon, something that has never been in their culture. If you have issues with your battery, probably poor battery life, you can no longer easily replace it yourself with another. This point leads to another annoying point.

For Pete’s sake, what were the designers of the Galaxy S6/Edge smartphones thinking while pairing such a battery to this device? With such a processor and display, your are limited to just about 3 hours use of your smartphone. In fact, the HTC One M8 of last year beats this device when it comes to battery life. In 2015? This isn’t at all what we had expected.

32GB of disk space could be enough for some but definitely not someone like me. Limiting users to just 32GB of storage (actually you have about 24GB since the ROM takes about 7GB) is simply crazy. Employing the support for a MicroSD card would have gone a long way in making Samsung more sales.

I stand to be corrected, but I never heard the Samsung guys mention anything about this device’s ability to withstand water like they did for the Galaxy S5. This means that you need to be careful when you find yourself around water. Gush! Why the retrogression?

Whenever I put my hands on the Galaxy S6 Edge, I always feel like I’m about loosing the money put into getting this device. The design is so slippery and feels like it’s gonna come off you hand at the slightest distraction. Probably, getting it chained with the other end affixed to your waist would save it’s mighty fall (pun intended).

Now you know the reasons I think the Samsung Galaxy S6 and Edge all suck! What do you think about this post? Do you have a different opinion? I’ll love to read you comments.