Here we have a detailed review of one of the two tablets announced by Apple in 2018, the Apple iPad 11-inch. If you wish to know more about the second iPad, you can read our review on the iPad 12.9-inch 2018. The Apple iPad 12.9, which obviously is the larger amongst the two devices comes with a whole lot of new features that are really amazing for creatives. 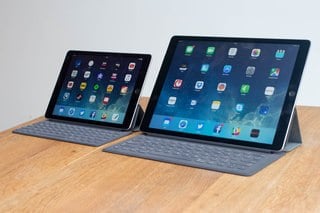 Tim Cook made claims that the new iPad Pros are “going to push what we can do on iPad, or any computer any further.” The two new iPads (11-inch and 12.9-inch iPad Pros) which were announced on October 2018 comes with a new look and a premium design that is targeted at reducing their bezel size, update and refurbish the user experience.

Read on to know more about all the details of the Apple iPad Pro 12.9 (2018) design, specs, features, price and release date.

The new Apple iPad Pro 12.9 (2018) which will be going on sale 7th November, features a whole new design. Apple has been able to extensively redesigned its 2018 Pro lineup, which seems to be a thorough shake-up just like iPhone X was in way back in 2017.

The iPad Pro 12.9 (2018) features a smaller bezel, though it is not all-screen, it is almost getting there. Just like the X family, the iPad Pro 12.9 (2018) has a curved display at the corners, which enables it to come closer to the edge. The ancestral Home button has finally vanished, and the new tablet now uses Face ID instead of the Touch ID. 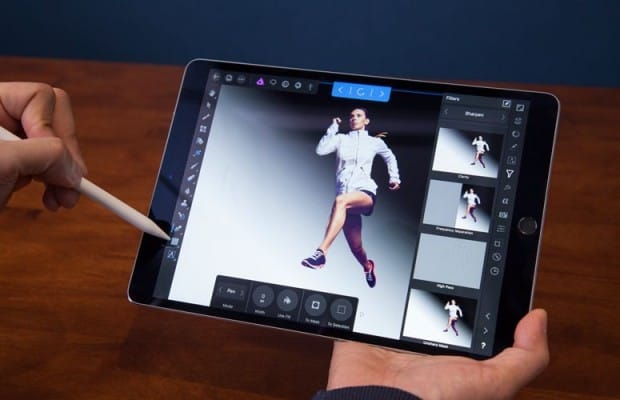 The new display is now called ‘Liquid Retina’ by Apple, but the pixel density is still the same just like the one on the 2017 10.5in iPad Pro, so don’t start expecting it to be any sharper.

Apple made a statement asking us to actually expect great things from the screen, because it offers the same pixel masking just like the one on the iPhone XR, and has a new backlight design.

The iPad Pro 12.9 (2018) now features a new magnetic connector for the newly introduced Apple pencil, that properly attaches to one edge of this device and also charges wirelessly.

Taking a close look at the Apple iPad Pro 12.9 (2018), you can clearly see that it features a 12MP with f/1.8 aperture (for the rear camera) and also a 7MP front-facing camera just like the one that the iPhone 7 also features. One thing that has been noticed on this device is that the photo from this camera looks like that on the iPhone 7 and the 12.9-inch large display acts as a better viewfinder, an ideal way for editing photos in Adobe Lightroom.

The rear camera on this iPad can shoot videos at 4K resolution while the front-facing camera shoots at 1080p and you shouldn’t expect a stabilized footage on this device.

The Apple iPad Pro 12.9 (2018) camera is most useful for taking reference photos rather than the normal portrait shots (the iPhone’s new Portrait mode isn’t an option on the iPad yet, by the way). The operates on the iOS 11 and this time it went as far as including a nifty Document Scanner, that automatically crops and adjusts paper documents just as if the heavy-duty scanner.

The Apple iPad Pro 12.9 (2018) runs on a new 7nm, eight-core A12X Bionic CPU. The CPU is said to have more than 10 billion transistors. Apple also made claims that it will offer 35% faster single core speeds and 90% faster multi-core performance than its predecessor. Actually, the clock speeds were not mentioned.

The Apple iPad Pro 12.9 (2018) will also feature the latest generation Neural Engine and will also deploy machine learning solutions and features, like a new fast storage controller that will allow Apple give it 1TB of storage without sacrificing read/write speeds. The Apple iPad Pro 12.9 (2018) will be sold with varieties of storage options, 64GB, 256GB, 512GB, and Gigabit LTE.

Apple has greatly improved their Application. The company has worked hand-in-hand with Adobe to come up with a new version of Photoshop for iOS that is far more similar to the full-fat desktop app than before.

The new iPad Pro 12.9 2018 is rated for 10 hours of battery life and it is all thanks to its 10,875mAh battery, and that’s exactly the number of hours we got when we were texting lifespan of the battery. In fact, we were able to stream (at medium brightness over Wi-Fi) the whole television series (10 episodes at 45 minutes per episode) without burning through more than 75% of the battery life.

The price of the Apple iPad Pro 12.9 (2018) varies depending on the models that you desire.

The New iPad Pro has little or almost no falt, It’s difficult to spot out much wrong because it’s very tidy, well designed and a powerful device. Though most people may balk at the new innovative connection port that is on this device, it’s obvious that Apple is actually positioning this tablet for those who really want to do things that the tablet offers and not those who just want fanciful devices that clearly don’t have much to offer.