Here comes another well-detailed review from Oscarmini; and today we will be looking into the iPhone X smartphone, which is correctly pronounced as iPhone 10 (iPhone Ten). This device is quite expensive and it marked a redesign of what we’ve known the iPhones from Apple for, like the iPhone 8 and 8 Plus. The iPhone X is accompanied with a jet-black edge-to-edge OLED screen and is topped by a TrueDetective camera system which makes it possible for a brand-new Face ID unlocking system and other features like the Animoji features. 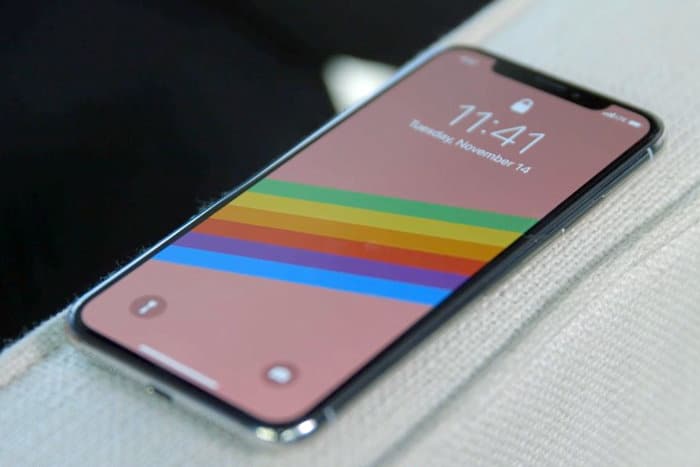 This device runs on iOS 11.1.1, which can be upgraded to iOS 12 and it debuted in September 2017 by Apple during their annual press event, after the speculations and rumors which was seen as the biggest pre-launch leak.

The iPhone X is completely a bezel-less, all-screen design that is designed with a back, front glass and a stainless steel frame, and obviously, this design is quite different from any other iPhone that has been manufactured before it. The iPhone X comes with an all-screen design, and it also comes with a very thin notch that is located at the top front of the screen (for the TrueDepth camera system, microphone, speaker, and others). It has a 5.8-inches diagonally, but it’s smaller in form factor than other iPhone products like; the iPhone 8 Plus (and all other Plus models). You do not get the home screen button and that is the reason for the so much screen.

This device is quite appealing to the sight. The screen was much talked about even before it was released, Apple said the screen is by far the best they have ever produced. It has well-rounded corners that are within a standard rectangle and is followed by a very beautiful curved design.

The TrueDetective camera system which is situated at the top front of the screen makes it possible for a brand-new Face ID unlocking system and is also capable of recognizing faces even in the dark.

The iPhone X contains inside of it an A11 Bionic chip, which the company says is 70 percent faster than the A10 Fusion that is inside iPhone 7 and 7 Plus. It also has six cores, two for high-performance computing that is 25 percent faster, and four efficiency cores that help save battery life during lower-intensity tasks. All six cores can be combined at once with a performance controller.

Apple went as far as designing its own GPU, a three-core version that’s up to 30 percent faster than the GPU that is found in the iPhone 7. Graphics performance is very useful not just for big-name games, although—the iPhone X will be needing it for augmented reality apps and other machine learning too.

The iPhone X  has a display resolution of 2436 x 1125, and a pixel density of 458 PPI. Apple called it a ‘Super Retina’. The iPhone X supports TrueTone which helps to adjust the color temperature to the ambient light around you, just like the iPhone 8.

The iPhone x is built in a way that it resists Water and Dust and it is rated IP67 under IEC standard 60529, it also has a Scratch-resistant glass, oleophobic coating. The smartphone weighs 174 grams (6.14 ounces) and uses a Nano-Sim and features a 64GB and 256GB storage, with no space for an external card.  See other specs of the iPhone X below:

Back Camera: The iPhone X has two main cameras or the back facing cameras which are 12MP wide-angle and telephoto cameras (Wide-angle: ƒ/1.8 aperture; Telephoto: ƒ/2.4 aperture). The smartphone also has a digital zoom and an optical zoom that is up to 10x. The smartphone features Apple’s Portrait Mode, which was first found in the iPhone 7 Plus and iPhone 8 Plus. The Portrait Lighting beta can be tested on the iPhone X.

Other Features of the camera:

The iPhone X is expected to be super fast since it runs on the most current and greatest Apple-designed mobile CPU A11 Bionic chip, which Apple company says is 70 percent faster than the A10 Fusion that is found in iPhone 7 and 7 Plus. The iPhone X A11 Bionic is assisted by an in-house designed GPU. Coupled with the aforementioned come a 3 gigabytes RAM and 64GB onboard storage or 256GB;  this device is sure to be a speed demon.

iPhone X battery is 2716 mAh Non-removable battery (10.35wh), which Apple made claims that the battery is capable of lasting 2 hours longer than iPhone 7. iPhone X also features a wireless charging with the Qi Standard and also a fast charge that is capable of giving you 50% within 30 minutes. The smartphone can last for up to 21 hours for talk time (wireless), up to 12 hours for internet use,  up to 13 hours for video playback (wireless) and can finally last up to 60 hours for audio playback (wireless).

Other Features Of iPhone X

The iPhone X is a nice phone that is more than willing to carry out any normal task that you throw at it. Though there have been complaints from those who have used it; one of the users said “The worst phone I had ever seen, the technology is 10 years old already. I had to change my iPhone X for Huawei p20 and 2 beers. I will not ever regret my decision. Apple sucks with this bad bad bad phone”, while some said they experienced some challenges with the Face ID; the device unlocks with most new faces. Apart from this complaints, we have hardly gotten any other complaints from iPhone X users. So, for the normal guy who doesn’t care much about security, I think you should give iPhone x a try.