We are back once again with another well-detailed review andOscarmini will be schooling you on everything you need to know about the new iPhone XS, which was announced on the 12th day of September 2018 and also known as the iPhone X2. The new device which is obviously a successor to the iPhone X announced 2017, has great features that really worths the amount it is sold for. 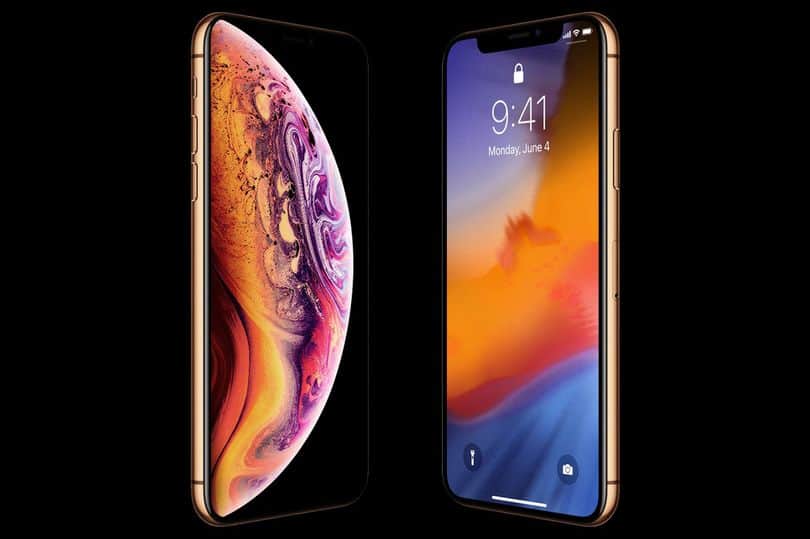 The iPhone XS is a smartphone with few surprises in store; the iPhone XS is packed with a 5.8-inch (diagonal) all screen OLED MultiTouch display, runs on the iOS 12 and houses an A12 Bionic chip, which Apple claims is the smartest and most powerful chip ever in a smartphone.

The iPhone XS design is what we can describe in two short words as ‘Simply Amazing’. Firstly, it comes with an all screen OLED MultiTouch display and a Scratch-resistant glass, oleophobic coating.  In fact, the iPhone XS design is almost the same as the iPhone X. Same ports as the predecessor, but just that the camera bumps and size are a little different.

The body is made from the same surgical-grade stainless steel, the only difference is that the screen and rear glass has a new different kind of glass which Apple claims is the toughest ever used in a phone.

The water-resistance of the iPhone Xs has been improved from IP67 to IP68, and this means you can now leave it submerged at a depth of 2m for up to 30 minutes. The ability of the iPhone XS to survive in water is not limited to only fresh water, Apple company has also tested the device in orange juice, wine, tea, salt water, and beer. iPhone XS: 143.6×70.9×7.7mm, 177g

The iPhone XS screen is minorly upgraded from the iPhone X’s.  But, their resolution is still the same, even the 5.8-inch diagonal remains the same, but the contrast was improved to 1,000,000:1, which according to Apple, gives it a 60 percent greater dynamic range. Below are other features of the iPhone XS:

The iPhone XS camera offers 7 MP for a selfie and a dual 12MP sensor at the back, one for a telephoto lens for lossless zooming and the other for a ‘standard’ wide-angle photos. There is also an optical image stabilization found on both cameras for improved video.

The size of the iPhone XS pixels has been enlarged to allow for better auto-focus and enable greater sensitivity to light and for a better low-light photography. The sensors are f/1.8 for wide angle and f/2.4 for telephoto.

The iPhone XS also houses a Smart HDR, which is a bit tricky to explain as it’s drawing in from a super fast autofocus and a stronger image processor in the A12 Bionic chip and other algorithmic enhancements.

The Smart HDR is one of the new features of the iPhone XS camera coupled with the extra power on tap, that enables you to take 9 photos simultaneously instead of  4. Better HDR shots are delivered as a result of the four extra”inter-frames”.

The iPhone XS bokeh has also been really improved to give you the same effect you get when you use a big-lens SLR camera. The most important of all is, after taking a photo you can change the depth of field by tapping on edit.

The Apple iPhone XS houses an A12 Bionic processor a new one from Apple which has a similar configuration to the A11 coupled with a six-core CPU and a quad-core GPU. Nevertheless, the A12 Bionic processor is the first to be manufactured using a 7nm process; and that is why it’s considered to be faster than the A11.

Apple also made claims that the new Neural Engine is an octa-core chip which can process up to 5 trillion operations per second, which is a lot far from the 600 billion operations that the A11 handles. This simply means that apps launch up to 30 percent faster, notwithstanding, apps that use machine learning benefit from this extra performance.

The FaceID is quicker because of the faster algorithms which runs on a faster version of the secure enclave.

Apple senior vice president Phil Schiller of worldwide marketing made an announcement about the extended battery life of the iPhone XS.

The “iPhone XS gets you up to 30 minutes longer in your day than the iPhone X,” claims Apple’s senior vice president  Phil Schiller of worldwide marketing.

This device has a Face ID for unlocking the device and other sensors like the; accelerometer, proximity, gyro, compass, barometer. This device is compatible with a 2.0, proprietary reversible USB connector and also does not come with a Radio. See below for more features:

The iPhone XS is a very nice device with everything you could basically need; best performance, top-notch, class-leading camera and so on… The device delivers all the promises that were made at the press materials event. It is also currently the best Apple iPhone so far, and this single reason has convinced millions to pre-order already.
In conclusion, the iPhone XS is a worthy smartphone and also as a mentor to a whole lot of industries. so, if you have the money, then go ahead and purchase it.