Doogee releases another prolific smartphone device which is the Doogee Ibiza F2. 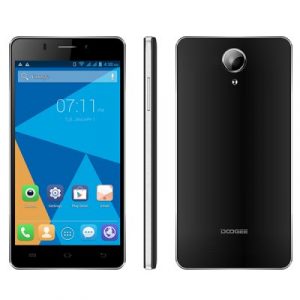 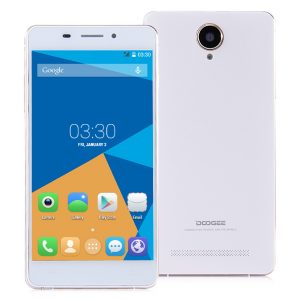 Doogee Ibiza F2 is a 5.0-inch screen device, which runs on android 4.4 KitKat.

Doogee Ibiza F2 is designed with Plastic and is also built with a side metal frame like the one used in Iphone5,It comes in White, Black colour variants, the device weighs 150g, it has a dimensions of 70.6 x 140.6 x 7.9 mm, Doogee Ibiza F2 is built with 5.0 inches screen, The back of the phone is plastic and has a semi-rough texture to it, so while it’s not quite as grippy as a soft-touch plastic would be it’s not slippery like a shiny plastic either.

Its battery capacity is 2500mAh Li-Ion battery, with its IPS(in-plane switching) display the battery is quite okay.

The Doogee Ibiza F2 comes with a 5.0MP front camera, 13.0MP rear camera, using F2.2 large aperture, the greater amount of light than the F2.4 forward, resulting in low light conditions can also shoot clear and bring photos, While reducing the blur caused by jitter. Under the large aperture can also get a more shallow depth of field, emphasizing the background blur effect.

This device is quite sleek and classic, with its metal frames, 4G network, awesome camera, reasonable battery life, the Doogee Ibiza F2 is a nice device to own.