The Doogee phone brand is becoming quite prolific with the release of their 5.5-inch screen, with MTK6735 Octa Core processor smartphone called Doogee S6000 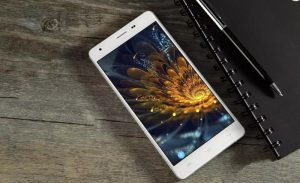 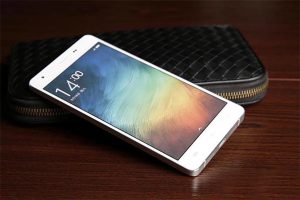 this device runs on Android 5.1 Lollipop, also comes with an amazing 6000mAh Battery and it is promised to last for around 3-4 days of average use, this device also has the Ability to charge another device. Announced in June 2015.

The selling point of the device will definitely be its looks, Doogee s6000 is Designed with Aluminum. It comes in White, Black color variants,Doogee S6000 is designed with a with 5.5 inches 1280 x 720 qHD screen, its also built with a metal frame, a 2.5D curved glass is placed on top of the panel itself.

The phone measures just 9mm which although is thicker than competitors, it’s quite slim for a 6000mAh smartphone.

Doogee  S6000 uses MTK6735 Octa Core processor, 2G RAM + 16G ROM with 5.5 inches 1280×720 screen, Android 5.1 OS, promises quite a fast operation speed is quite amazing and impressive. The Doogee s600 has an amazing  6000 mAh battery, meaning that this device can also serve as a power bank, the battery carries sports MediaTek’s PumpExpress quick-charging capabilities. What does this mean? Well, according to the available info, you’ll be able to charge up the battery on the inside of Doogee S6000 twice as fast compared to regular batteries. This is a very nice feature to have, especially considering the fact this battery is huge, the battery is promised to last for around 3-4 days of average use.

The camera of the Doogee s6000 is not its strongest point, with an 8MP rear camera with dual LED flash and up front, there is a 5MP camera unit, for a device like this I am not impressed.

if you need a device that  you can work with,and also enjoy multimedia activities with,then the Doogee s6000 is one of those devices, with it 2GB RAM which makes the device quite fast, you will be able to have new experience in gaming, and its unbeatable battery life cannot be forgotten, this device is awesome.