Doogee release another sleek and portable device for lovers of sleek easy to handle device,the device which is called the Doogee Valencia 2 Y100,is equipped with a 5 inch, 1280×720 pixel, OGS 5-point capacitive display,a Android 4.4 OS,which promises a fast experience,3G, GPS, WiFi, Bluetooth are other functions this device is built with. 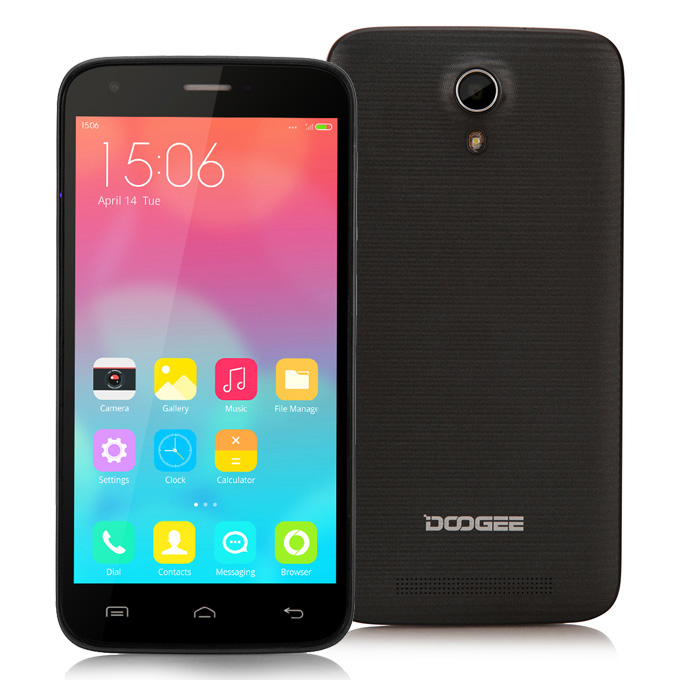 Designed with Plastic. It comes in White, Pink, Green, Yellow, Blue and Black color variants, this device built for easy handle by the user, as the matte cover is indeed free of fingerprints and easier to hold when compared to smooth plastic cases.

The device is built with a 5-inch display screen, with a front camera, the device also built with three navigation keys in front, it also comes with two buttons in the right, for volume regulation and the power button.

Doogee Valencia 2 Y100 is equipped with 1GB RAM and 8GB ROM,so the users of this device can enjoy games out there in play store, installed Android 4.4 OS,the device has a 5.0 inch  1280×720 pixel IPS OGS + 2.5D Corning Gorilla Glass touchscreen, Built-in  MTK6592 Octa Core processor,Use the back touch panel located in the back of the phone for internet browsing, books reading, photos taking etc, just as you would do with the front screen, but with the easiness of holding the phone with a single hand. If that was not enough, a simple double tap on the back of the phone or long press will open any application you choose.

Doogee fits a 2200mAh Battery battery into this device.

The 13 MP and 8 MP rear and front cameras are advertised as Sony sensors to imply quality. Unfortunately, the picture quality is well below average. Color temperature is overly cool and the rear camera is unable to clearly focus. The pictures below were taken on a sunny day, but performance is even worse under low-light conditions with its very weak LED flash.

Video recording supports up to 1080p24. Quality is poor with heavy blurring. The phone also supports ClearMotion technology to give 30 FPS videos the appearance of 60 FPS, including YouTube content. This is achieved by artificially doubling the frame rate and then repeating the frames for smoother playback. It certainly works as advertised, but videos with fast motion become even blurrier.

If you are lover of sleek devices,and also a multimedia lover and consumer, then the Doogee Valencia 2 Y100 is a smartphone you might likely want to consider, with its moderate screen it gives you a whole new experience to watch movies, play games in style and this all on the extra large screen and its vibrant qHD resolution.