Elephone has announced its another smartphone. The newly announced smartphone called as Elephone G1.  The Elephone G4 comes with Dual SIM service with dual standby. It can connect the internet via 2G and 3G connectivity.
This device is built with a 5.0 inches, 720 x 1280 pixels, 294 pixels per inch (PPI). 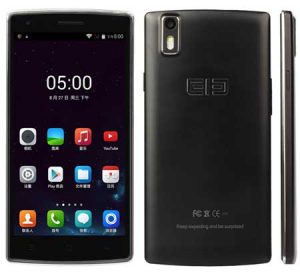 the device was announced in November 2014.

Designed with Plastic. It comes in White, Black, Silver colour variants,this device is has three navigation key in front which are placed under the screen,also built with 2 buttons one at each side,the button at the right for power,and that in the left for volume regulation. 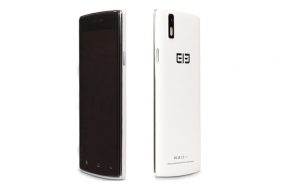 Elephone G4 runs on Android 4.4 ,the device is powered by a MTK6582 1.3GHz Quad Core processor and with ARM Mali-400 MP2 graphics processing unit (GPU).this device offers 4GB ROM and 1GB of RAM and a Storage of 4 GB.

It will be quite a fast phone with its processor and RAM, therefore you will be able to play the best of games out there in the play store.

Elephone G4 comes with a battery sized of 2050mAh,  This is quite better  and an improvement from the battery capacity of Elephone G1 and Elephone G3.

Elephone G4 comes with 8MP, up to 3264 x 2448-pixel pictures, HDR, autofocus, Geo-tagging, panorama camera with LED flash,it is an improvement from G1 and 3,it has a 1.3MP front camera, up to 1280 × 1024-pixel pictures, it camera didn’t really meet up to expectation but its is manageable considering other Elephone devices like G1 and G3.

If you are multimedia lover and consumer, then the Elephone G4  is a smartphone you might likely want to consider, with its large screen it gives you a whole new experience to watch movies, play games in style and this all on the extra large screen and its vibrant qHD resolution.

Elephone just has to improve in their camera quality. What do you think?