Smartphone makers, Honor has released their smartphone, Honor 20 lite and this is coming after Google suspended Huawei’s future access to security updates and Android Play Store. There are several questions arising about the future of Honor and Huawei phones. In this article, we explore the Honor 20 Lite Review, looking at its specs and features. 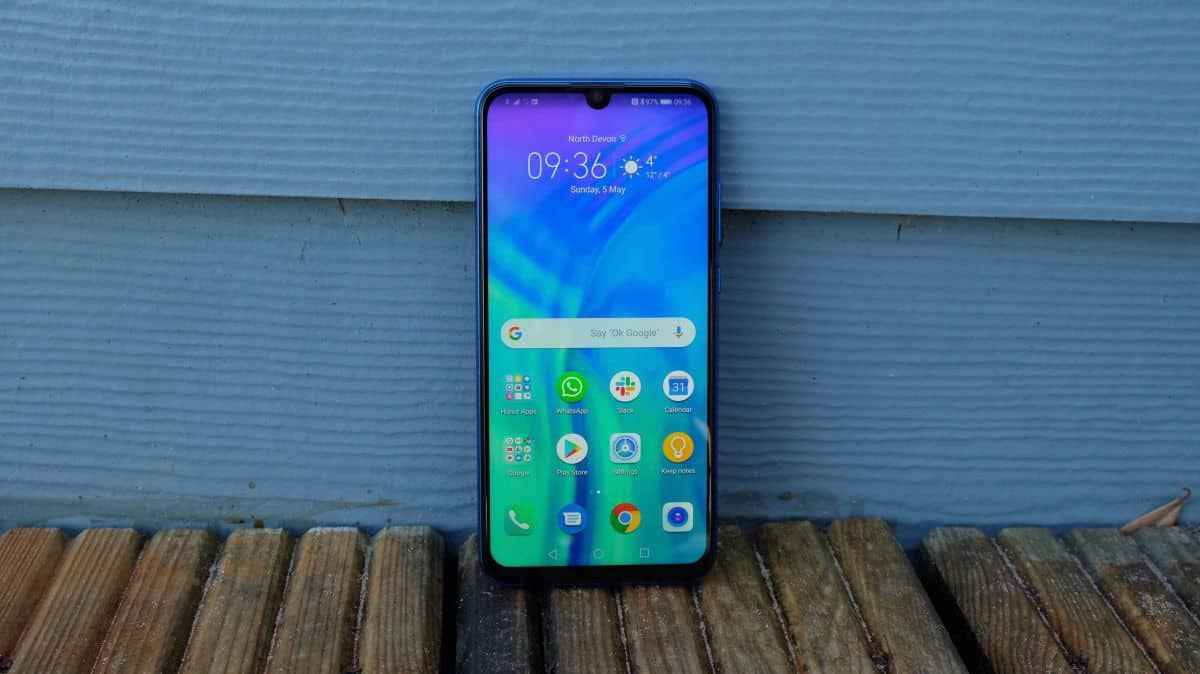 Though Huawei and Google have pledged to support phones that are currently on the market, we are not sure on how long they would be accessing Google Play Store, and receiving Android updates.

The Honor 20 lite was announced in April but will be available in the UK on May 2019. The new smartphone takes things further than the Honor 10 Lite and Honor 9 Lite’s eye-catching cameras. Despite featuring many amazing features and specs, the Honor 20 lite still arrive with a pocket-friendly price tag.

With all the paper sheet amazing features, specs and low price tag, let’s see if the new smartphone is worth trying.

Not much has really changed in the design of the new Honor 20 Lite from last year’s Honor 10 Lite. The new smartphone features an attractive, shiny smartphone with small bezels and a dewdrop or ‘teardrop’ notch. The teardrop notch houses the single selfie camera.

Carrying this smartphone along with you should not be inconveniencing as it weighs 164g. It also features a body dimension of 154.8mm height, 73.6mm width, 8mm for thickness. Just like the Honor 10 Lite, the 20 Lite also uses a plastic material and aluminum frames.

The fingerprint sensor on the back of the smartphone is very responsive, though it is positioned a little bit higher than its predecessor. You will also find the triple cameras on the left side of the back panel.

The bottom of the smartphone holds the 3.5mm jack, downward-facing speaker, and the micro USB, though we had expected to see the more modern USB-C. Meanwhile, the right-hand side is where you find the power button and volume rocker which is a bit higher than usual.

The screen of the Honor 20 Lite is a huge Full HD+ 6.21-inch LCD screen with a resolution of 1080 x 2340. The screen has an aspect ratio of 19.5:9 and produces bright colors and is well-balanced. The smartphone was able to achieve a 90% screen-to-body ratio which was as a result of the slim bezels and notch.

Must Read: Huawei Honor 10i Review – Specs, Features, and Price

The smartphone arrives in three color options, the Phantom Blue, Magic Night Black, and Phantom Red, though most colors are restricted to just a few stores. For instance, the amazing and eye-catching Phantom Blue color is restricted to limited to only Carphone Warehouse who happens to be the only store to carry it for the first six months.

From the beginning, we mentioned that one of the major upgrades of the 20 Lite is its cameras.

The camera is the obvious difference between the Honor Lite 10 and the Lite 20. The Lite 20 arrives with a total of four cameras which is performing pretty well and totally accomplished for a budget shutter.

The cameras also arrive with the Huawei’s smart AI mode which can automatically sense a scene from 500-plus scenarios and 22 categories, then finally makes the right adjustments.

Must Read: Huawei Honor 10i Review – Specs, Features, and Price

You can actually zoom up to six times with the cameras, but the result is not worth it from our point of view.

The front selfie camera is housed in the dewdrop notch as we mentioned earlier. The 32MP selfie camera with an f/2.0 aperture also supports AI smarts and HDR capabilities just like the primary camera.

Using the same chipset with last year’s 10 Lite shows that no real progress has been achieved by Honor. We are not really against the Kirin 710 chipset because it is also a capable chipset. What we don’t appreciate is the 25% price surge of the new smartphone from last years 10 Lite.

Assiting the chipset is a Mali-G51 MP4 GPU which is in charge of both graphics and gaming. We were able to play games on the smartphone and though most heavy graphic demanding games lagged a bit, overall the gaming experience was great. Fast-paced multiplayer shooter Games like Guns of Boom moved along well in our testing.

The smartphone arrives in just one model which happens to be the 128GB which is accompanied by a 4GB RAM. For those who usually save lots of files, you can further expand the storage up to 1 TB (uses shared SIM slot) via a microSD card.

The battery was one of the places where Honor seems not to make any improvement. Powering the new device is a Non-removable Li-Po 3400 mAh battery which is the same with last year’s 10 Lite.

With moderate use, the new smartphone can possibly take you through the day with about 40% left over.

As mentioned earlier, the Honor 20 Lite will be available in the UK beginning from the 15th of May 2019.

The Honor 20 Lite is indeed an upgraded version of the 10 Lite, there is no doubt about that. The smartphone arrives with a more improved camera, double storage, and others.

Though the Honor 20 Lite happens to be the upgraded version of the 10 Lite, it does not feature the main changes we had expected. It arrived with the same, chipset, screen size, and others.

The smartphone is obviously overpriced and you can see that from the 25% surge in the prince. Overall, the new smartphone is a good smartphone, but there are other promising smartphones like the Motorola Moto G7 Plus.e