Honor has finally dished out another powerful mid-range smartphone, Honor 20 Pro. Don’t forget that Google suspended Huawei’s future access to Android Play Store and security updates which will certainly affect Honor. Notwithstanding, Google has promised to continue supporting Huawei and Honor smartphones that are currently in the market. 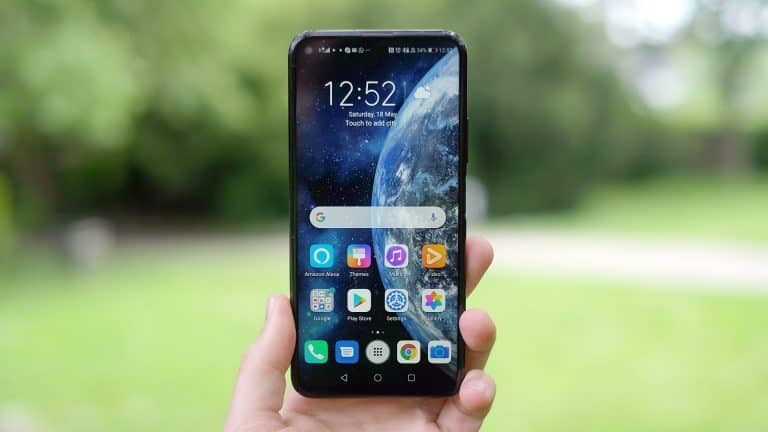 I thought the Honor View 20 was the perfect smartphone and couldn’t see how it could be improved. But the introduction of the Honor 20 Pro has changed all that. The new smartphone doesn’t just end at featuring notable upgrades, it also follows a different pattern from the Honor View 20.

The new smartphone combines all the features that made the View 20 an amazing and added it to other awesome features. The device was announced in May and will be released in June 2019.

The Honor 20 Pro is a great smartphone but it also comes with a problem which happens to be identity issues. The back of the device looks like the Huawei P30 Pro with the cameras mounted by the side. Apart from that, there are other little identity crises which have been compounded.

When Honor was approached with the identity crises, they answered and said: “one phone is not enough to meet the demands of everyone.” Of a truth, the Honor 20 Pro is ample enough smartphone for some persons. Below is the full review.

First of all the new Honor 20 Pro is made from both glass and aluminum frames. The smartphone also features an amazing design with a high-end premium look and feel.

The back of the smartphone is curvy seamlessly joining the “2.5D” smoothed-off edges. You can easily pocket and carry the new smartphone anywhere you go to and this is due to its 154.6 x 74 x 8.4mm body dimension. It also weighs about 182 g.

Unlike its predecessor Honor View 20, the Honor 20 Pro does not come with chevrons. The back of the new smartphone is simple, holding just the four primary cameras (Quad cameras) and LED light.

Meanwhile, the front holds the massive 6.26 inches display which has a resolution of 1080 x 2340 pixels. The display also has an aspect ratio of 19.5:9 ratio (~412 ppi density). You will also find a punch hole on the screen where the single selfie camera resides.

Unlike the Honor 20 Lite, the 20 Pro arrives with the side-mounted Fingerprint sensor. The new smartphone fails to arrive with the 3.5mm jack, meanwhile, all the positions of the other features, retain their ancestral positions.

The new device arrives with a whopping five cameras in total, four at the back and a single selfie camera.

The quad primary cameras comprise of a 48-megapixel Sony IMX586 sensor with an f/1.4 (wide) aperture with Laser/PDAF and OIS. The next which happens to be an 8 MP with an f/2.4 (telephoto) aperture, 3x optical zoom, OIS, and more. Following it is a 16 MP (ultrawide) shutter with an f/2.2 aperture. Finally, we have the 2 MP dedicated macro camera, with an f/2.4 aperture.

The 2 MP dedicated macro camera concept is one of the best concepts I love about the camera department. The Honor 20 Pro cameras can still shoot video at 4K resolution, though at 30fps and not 60fps.

Meanwhile, the selfie camera is a single 32-MegaPixel with an f/2.0 aperture. It can also video [email protected] and comes with features such as HDR, and gyro-EIS.

Honor 20 Pro uses the Magic 2.1 UI which is based on the latest  Operating System, Android 9.0 (pie). The Magic UI Android software looks like the EMUI found in Huawei phones.

Inside the Honor 20 Pro is a Kirin 980 CPU which is the same as we see in most Huawei’s expensive smartphones. The chipset arrives with four Cortex-A76 cores and four A55s. The CPU in the new smartphone is much weaker compared to the latest Qualcomm Snapdragon 855.

You will find an 8GB RAM which ensures that there is no problem with multi-tasking. The RAM is assisted by a 256GB for storage and there is no room for expansion, you are therefore stocked with the 256GB storage.

Even with heavy usage, the battery was able to confidently take us through the day with some left-over power. Meanwhile, you will be sure to get two days of use from a single charge with moderate usage.

Though the smartphone was not able to feature a wireless charging technology, we were happy to know it supports the 22.5W fast charge system which offers 50% extra battery juice in just 30 minutes.

We can’t also offer our final verdict on 20 Pro until we are able to confirm the official price from Honor.

The Honor 20 Pro is a good smartphone with a premium look and feel. It happens to be a powerful and sleek mid-range smartphone which is capable of giving its competitors a run for their money.

The smartphone delivers well with its strong processor which offers great performance. It also comes with a commendable design and sharp cameras that take brilliant photos and more. All the great features combine to make the device a capable, mature and accomplished smartphone.

You can easily sleep the smartphone into your pocket, and what it takes out of your pocket wouldn’t hurt a fly considering the specs and features it offers.