Huawei Ascend G6 (4G) is just the same with the Ascend G6 (HSPA+) with a 5-megapixel front-facing camera, and an 8-megapixel Rear Camera, with a little difference. 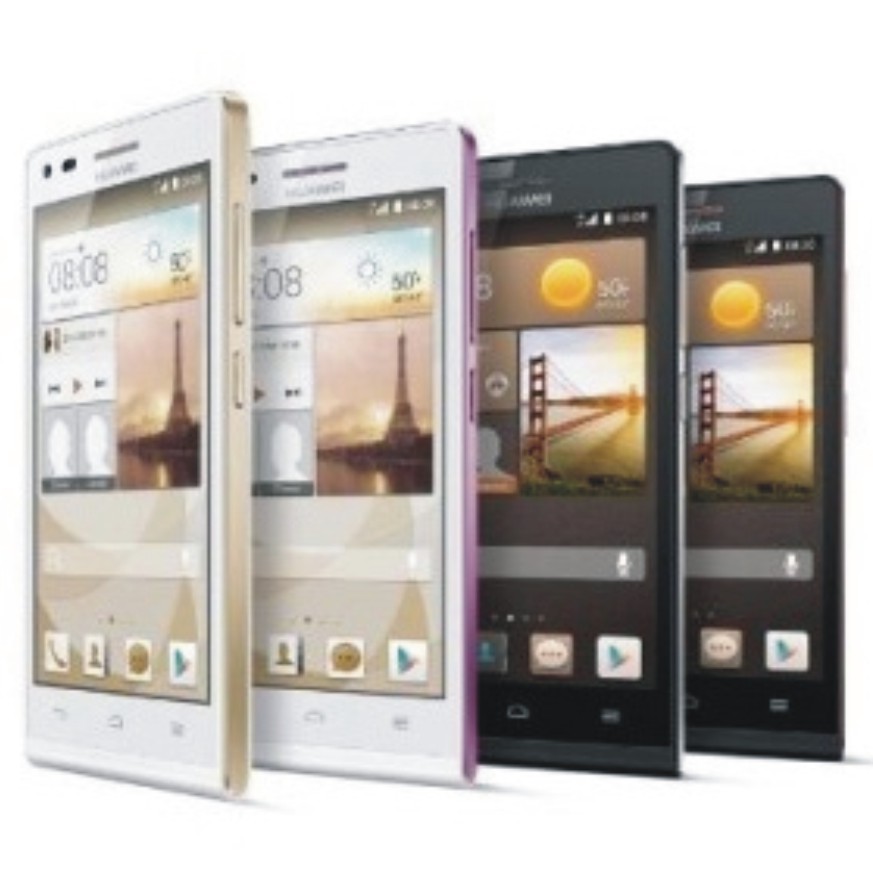 The Huawei 4.5-inch phone has a 960×540-pixel resolution (this won’t impress those of you looking for Full HD panels in your phones, but it seemed adequately crisp in my hands-on time and the lower resolution should help keep the price down), packs a 1.2GHz quad-core processor, sports an 8-megapixel camera on the back and runs Android 4.3 Jelly Bean.
Designed with Aluminum. Unlike the G6( HSPA+) It comes in 2 variants (Black, White,) and with its metallic edging and rounded bottom,
Like almost all Touchscreen, the power button, a volume rocker, micro-USB port for charging and data transfer and a 3.5mm headphone jack is located at the side, remember the G6 comes with 4GB but this device comes with an 8GB of built-in storage (isn’t awesome?), if you are the type that like big files and the storage of the G6 won’t be enough for you, don’t worry you can extend it with a 32 GB micro SDCard.

This device is awesome, it comes with a 130 x 65 x 7.5 mm dimension and a 4G super fast connection with the weight of just 115g compared to other smartphones. It has a display of 4.5-inch IPS Touchscreen (540 x 960 pixels, 245ppi), The phone is running a 1.2GHz quad-core processor, which should keep the everyday essentials ticking along nicely. It’ll arrive with Android 4.3 Jelly Bean on board, the power behind the G6 is 2000 mAh Li-Po Battery that can last for 3 days on normal usage but when highly used it can stay 3 – 4 hours and also it supports Reverse Charging

There are a couple of things that make this Awesome device unique from the predecessors.
Rear Camera of 8-megapixel: Are you a journalist? You need a camera for taking evidence, but can’t afford one? This device is here for you with an 8-megapixel you can capture far length images, meaning you can take a shot of people at a far distance without the picture becoming blur.

An Extra Bright Flash: You are bored at night and decides to take a shot of yourself, unlike some smartphones whoose light is dim, this device was really made for that purpose, it has a bright flashlight that can light an entire 2 rooms without demarcation.

Font Camera: When making this phone I think Huawei really concentrate on this part, Just like the Predecessors the Ascend G6 4G device is not left behind in the aspect of the front camera, having a 5-megapixel, you can take a very nice selfies so if you are a lover of selfies then you need to get 1 of this device.

Having a weight of 115g, it feels fairly comfortable to hold and its 4.5-inch display (down from 4.7-inches) means the body is marginally smaller too.
Like I said earlier, the 4.3-inch display has a 960×540-pixel resolution. Which won’t be good for those looking for Full HD panels in your phones.
The 4.5-inch phone has a 960×540-pixel resolution, packs a 1.2GHz quad-core processor, sports an 8-megapixel camera on the back and runs Android 4.3 Jelly Bean. It also has 4G LTE connectivity for super-speedy data downloads.

Emotion UI makes a few major changes to Android. For one, it removes the dedicated app menu, meaning all your app icons are simply scattered across numerous home screen panels, just like the Gionee P5W. We personally are not keen on this as it can be difficult to remember exactly where you left things. On the upside, it’s highly customizable with a wide array of themes to choose from that change font and app icons. It’ll no doubt appeal if you like putting your own stamp on your tech.
The addition of 4G connectivity will allow for super-fast data downloads, meaning those selfies from the 5-megapixel front-facing camera can be uploaded without having to wait around.
With all said and done we have to pass our Verdict on the Ascend G6 4G