The Huawei Ascend G620S is also another great product from Huawei, with the Operating System as Andriod version 4.4.2. G620S comes out with just two colors (Black, White).
This device is really cool because it supports Touch sensitive control keys and an Ambient light sensor, Proximity sensor. So what else does it have? Well, 4G for one, coupled with a fairly large 5.0-inch screen.
Announced in Available November 2014

The phone’s back cover feels firmly stuck on, but it’s easily removable if you peel it off from the bottom right corner where there’s a slight indentation.

If you do, you’ll see just how flimsy it really is, to the point where there’s a slight concern it could break if taken on and off often enough. The battery is visible, but it’s sealed in, killing any hopes of swapping it out for a spare, want to add a microSD card? Yes, this phone supports cards up to 32GB and only 8GB of storage built in. 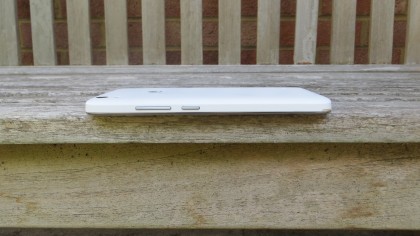 While you shouldn’t expect high-end performance from the Huawei Ascend G620S, I was happy with it on the whole.

It’s certainly got promising specs for the price, with a 1.2GHz quad-core Snapdragon 410 processor and 1GB of RAM. I mentioned that the phone runs Android 4.4 KitKat, not only is it unequipped to make the most of the G620S’s 64-bit processor, it lacks some of the features found in Android Lollipop.

It also doesn’t help that Huawei’s Emotion UI leaves quite a bit to be desired. It’s nice and colorful but arguably looks a bit childish. 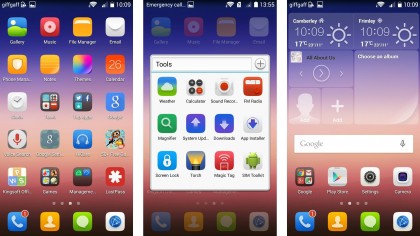 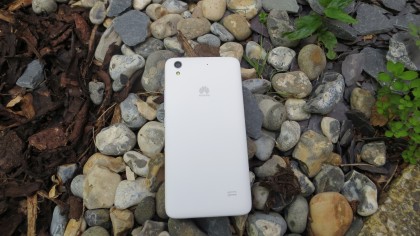