Huawei Ascend G7 smartphone was launched in September 2014. The phone comes with a 5.50-inch touchscreen display with a resolution of 720 pixels by 1280 pixels at a PPI of 267 pixels per inch, powered by 1.2GHz quad-core Qualcomm Snapdragon 410 processor. It comes with 2GB of RAM, the phone packs 16GB of internal storage that can be expanded to 48GB via a 32GB microSD card. 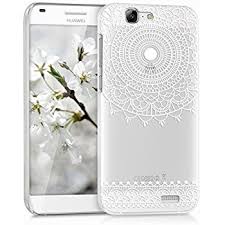 The Huawei Ascend G7 runs Android 4.4 and is powered by a 3000mAh non-removable battery.

Huawei has obviously lavished a lot of care and attention on the Ascend G7, as this is an impressive looking device considering the price.

Easily one of the best features of the Huawei Ascend G7 is that you can look at the price tag, then at the hardware, it packs, then double-checks that you didn’t misread how much it costs.

It’s a shame that the Ascend G7 comes with the dated Android 4.4 KitKat, rather than the most recent Android 5.0 Lollipop, as I would have liked to have seen how the Ascend G7 coped with Google’s latest operating system.

Running the standard GeekBench 3 benchmark tests, the Ascend G7 scored 1398, which is roughly in line with what I was expecting of the device considering its specifications. The HTC Desire 816, which can be had for a similar amount of money as the Ascend G7 despite being slightly older, scored a bit higher with 1463. The Moto G, one of the best budget smartphones you can get your hands on, scored 1142 in the same tests, though it’s a bit cheaper at £145 (US$270, AU$267).

These results mean that the Ascend G7 scores very well for its price range. It’s a fair bit away from the scores of the OnePlus One (which netted an impressive 3050) and more expensive smartphones, but for the price, you’re getting pretty decent all-around performance.

The cameras of the Ascend G7 are another reminder that Huawei is determined to fit impressive specifications you’d normally find in more expensive phones into its budget blower. The G7 comes equipped with a 13-megapixel main camera with LED flash and f/2.0 lens, along with a 5-megapixel front-facing camera.

Indoor shots offer excellent color reproduction and detail from the rear camera. From my sample photograph below, you can see the snapper performed very well in macro conditions, picking up fine details such as the dust on the leaves.

Once again, the Ascend G7 performs well, though not exceptional, and more than justifies its price tag. Are you sensing a pattern here? 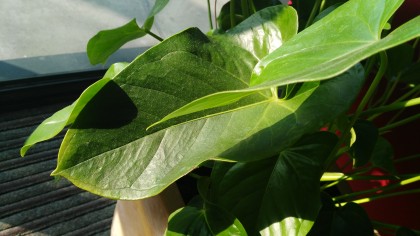 The fact that it has a very attractive design and excellent battery life means if you’re looking for a large, affordable handset that you can depend on, which boasts a number of features you’d often find in more expensive phones, then the Huawei Ascent G7 is definitely worth considering. If you’re after something a bit fancier – especially in the screen department – then you’ll want something a bit more pricey.

Having a 4G LTE Connection, 5 mp front camera, a 16 GB inbuilt storage all at an “Affordable Price” would make you come for it.

With these Amazing Features, I think I should recommend it, It is Cool.