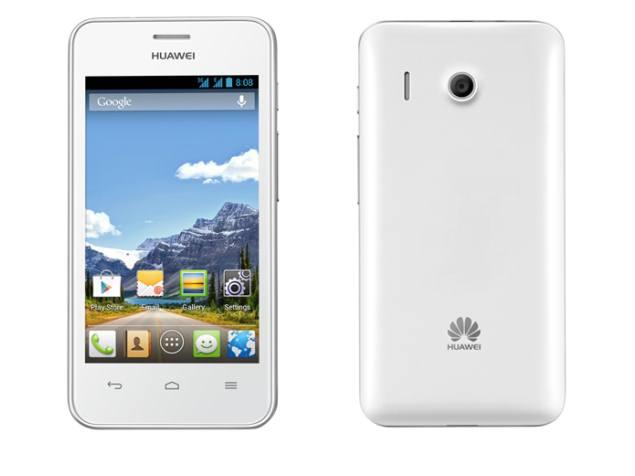 Huawei Ascend Y320 comes with a 4.00-inch touchscreen display with a resolution of 480 pixels by 800 pixels.
The Huawei Ascend Y320 is powered by 1.3GHz dual-core MediaTek MT6572 processor and it comes with 512MB of RAM. The phone packs 4GB of internal storage that can be expanded up to 32GB via a microSD card.

Designed with Plastic. It comes in White, Black colour variants

The device is also a good one, but with it’s 4GB storage, it will be lagging.

The Huawei Ascend Y320 packs a 2-megapixel primary camera on the rear, with a Geo-tagging.

Unlike some of the Huawei Products this device doesn’t have a front-facing camera.