The smartphone sports a 4.5-inch display with a resolution of 854 x 480 pixels. The touchscreen has a pixel density of 218 pixels per inch, which should ensure better color reproduction and clarity than what you are likely to get from some other budget devices. 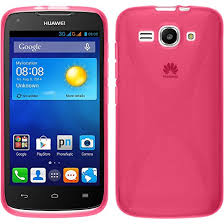 The Huawei Ascend Y520 is a budget friendly dual SIM smartphone running on updated Android KitKat OS and featuring a powerful processor and 3G connectivity. It is thick and lacks a good RAM but both of these are acceptable considering its price. The device has a 4GB internal Storage that can be expanded up to 32GB via microSDcard.

Huawei Ascend Y520 is driven by a dual-core MediaTek MT6572 chip with ARM Cortex-A7 cores. The processor, which is accompanied by a measly 512 MB of RAM, is clocked at a processing speed of 1.3 GHz.

Huawei Ascend Y520 packs a 5-megapixel rear camera with LED flash and several options, including a panorama mode, to help you produce decent quality images. But you will be disappointed to know that the front-facing snapper is VGA (0.3 megapixels), which of course is incapable of producing awesome selfies.