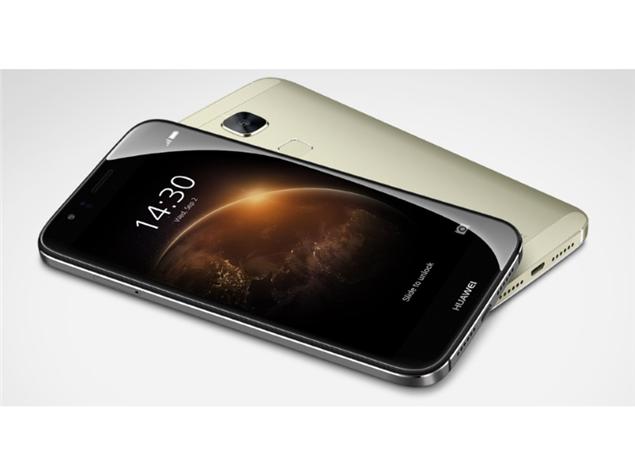 Huawei G8 smartphone comes with a 5.50-inch touchscreen display with a resolution of 1080 pixels by 1920 pixels at a PPI of 401 pixels per inch.

The Huawei G8 is powered by octa-core Qualcomm Snapdragon 615 processor and it comes with 3GB of RAM. The phone packs 32GB of internal storage that can be expanded up to 64GB via a microSD card.
Announced in Available August 2015

This device has a slim profile at a thickness of only 7.5 millimeters and weighs 167 grams, with its premium-looking metal chassis, which you will love to own.

The Huawei G8 is a dual SIM. Connectivity options include Wi-Fi, GPS, Bluetooth, NFC, 3G, and 4G. Sensors on the phone include the Proximity sensor, Accelerometer, and Ambient light sensor.

The Huawei G8 runs Android 5.1 and the octa-core Qualcomm Snapdragon 615 processor is powered by a 3000mAh non-removable battery, which makes the user enjoy the device the more.

The Huawei G8 packs a 13-megapixel primary rear camera with dual-LED flash and autofocus. and a 5-megapixel front shooter for selfies.

Here are few Specs on the Honor G8: