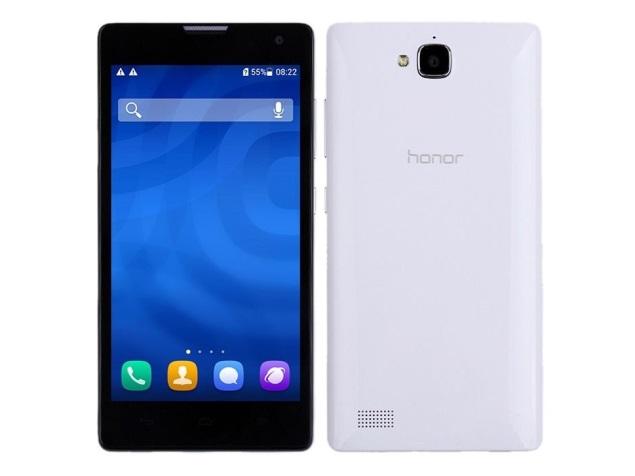 Huawei Honor 3C smartphone comes with a 5.00-inch touchscreen display with a resolution of 720 pixels by 1280 pixels at a PPI of 294 pixels per inch.

The Huawei Honor 3C is powered by 1.3GHz quad-core MediaTek processor and it comes with 2GB of RAM. The phone packs 8GB of internal storage that can be expanded up to 32GB via a microSD card.
Announced in Available December 2013

It measures 139.50 x 71.40 x 9.20 (height x width x thickness) and weigh 140.00 grams. The body, while plastic, feels reassuringly solid. One of the interesting things about the design of the Honor 3C is that has a replaceable cover that makes it possible for buyers to personalize their own units.

The Huawei Honor 3C runs Android 4.2 and is powered by a 2300mAh non-removable battery.

The Honor 3C is powered by an Android 4.2.2 Jelly Bean OS, overlaid with Huawei’s outdated EmotionUI 2.0. Nevertheless, you will still able to enjoy several cool features and apps, including BBM, on the phone.

The Huawei Honor 3C packs an 8-megapixel primary camera on the rear and a 5-megapixel front shooter for selfies.