The Huawei P8  is an Android smartphone that holds its own to a significant level against competitive  devices, such as the Galaxy S6 from Samsung.
Announced in Available April 2015 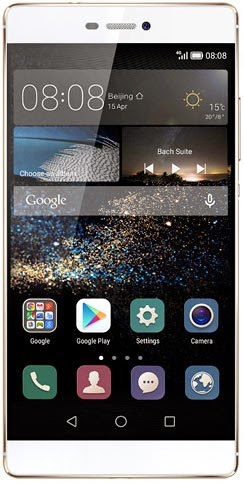 Huawei P8 sports a metallic body, it’s sleek and cool to the eye. The phone has an ultra-slim profile at a thickness of just 6.4 millimetres. Weighing in at just about 144 grams, the Huawei P8 can rightly be described as a very portable device.

Designed to give the user high performance, The Huawei P8 is powered by an octa-core HiSilicon Kirin 930 processor, comprising ARM Cortex-A53 and Cortex-A53 cores.  And has a standard memory of 3GB RAM, delivers speeds of 2GHz. One of the features that makes this device great is the 16GB internal storage that can be expanded to 128GB via a microSD card. Huawei P8 comes with a non-removable, 2680mAh battery.

Here are a few specs of the Huawei Ascend P8 below: