LG has finally come out with another amazing smartphone, The LG V50 ThinQ 5G. This time around, they featured the 5G network, which will be the trend of the future. We never thought LG was going to be dishing out a new V-series smartphone, we thought that would have been arriving later in the year, knowing too well that the v40 was dished out to the public only four months ago. 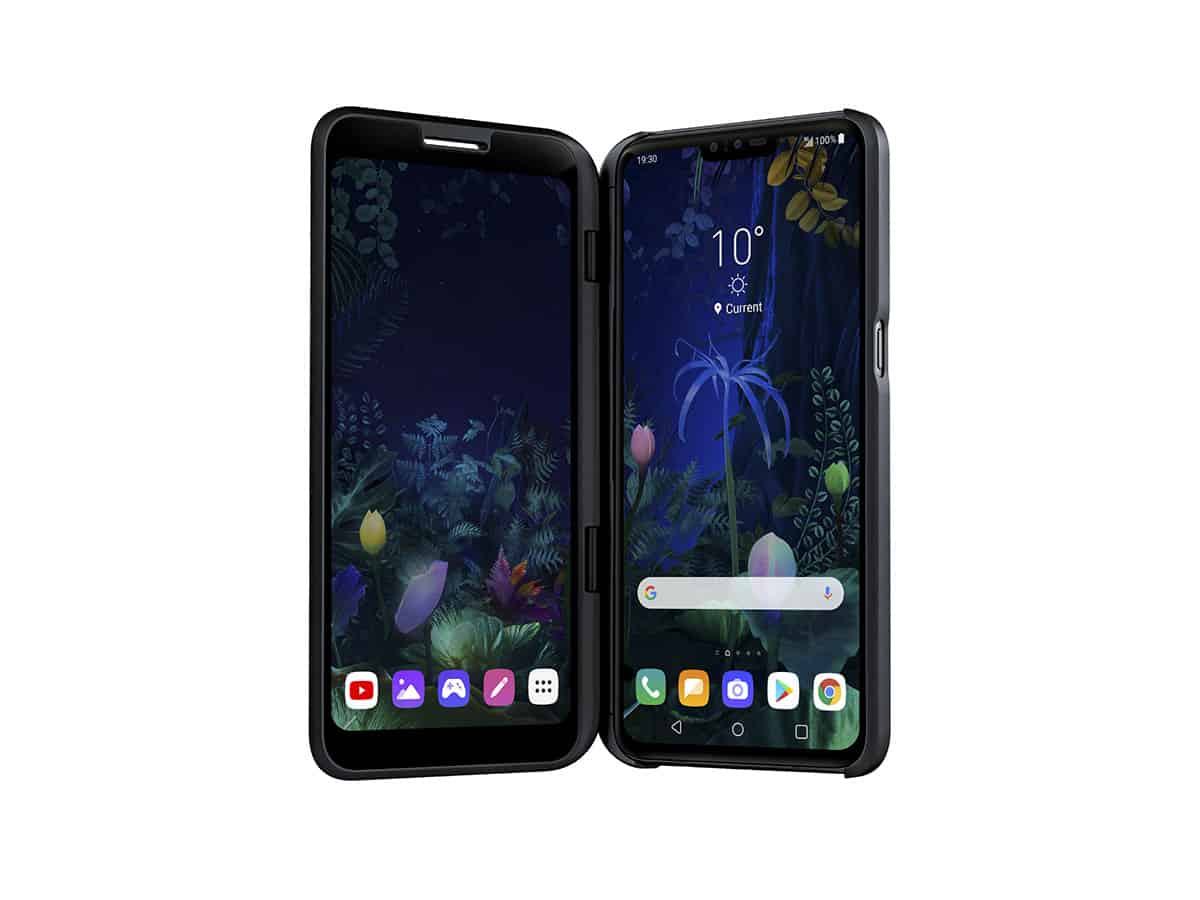 The new smartphone from LG is called the LG V50 ThinQ 5G and it is actually the first 5G smartphone from the company. It was announced February and is expected to come in any time from now. The smartphone was unveiled alongside the G8 ThinQ at MWC 2019.

Without having to take much of your time, let’s get down straight to the business of pointing out all the selling point of the newly arrived LG smartphone, the LG V50 ThinQ 5G.

LG didn’t seem to have the design of the smartphone as the main purpose of creating the new device. To me, it seems LG was more concentrated in adding more innovative software features than hardware. Notwithstanding, under the hood, the smartphone features an overall beautiful design.

The body of the smartphone is made of glass (Gorilla Glass 5), while the frames are made out of aluminum. The back of the smartphone features a horizontally arranged triple camera setup, which is accompanied by a powerful LED flash. Still, on the back of the LG V50 ThinQ 5G, you will find the responsive fingerprint sensor, as well as the company’s logo.

On the front side of the LG V50 ThinQ 5G, there are a huge 6.4 inches P-OLED capacitive touchscreen which has an 83.0% screen-to-body ratio. The screen also has a resolution of about 1440 x 3120 pixels, with 19.5:9 ratio (~537 ppi density). Under the hood, the screen still features of specifications such as HDR10, Dolby Vision and Always-on display.

The smartphone also comes in with the 3.5mm jack and arrives in just one color option which is the Astro Black.

The LG V50 ThinQ 5G cameras are another notable aspect of the smartphone. The back of the smartphone is blessed with a triple horizontally-arranged camera setup, which is accompanied by a powerful LED flash for brighter and more detailed images even in low light conditions.

On the front side, you will find the centrally placed dual selfie camera which is position at the top of the screen. The dual cameras are made up of an 8 MP sensor, with an f/1.9 aperture and the 5 MP camera sensor with an f/2.2 aperture.

Like I earlier mentioned, the software of the LG V50 ThinQ 5G, seems to be the area that LG paid more attention to than the hardware. This smartphone runs on the Android 9.0 (Pie). And under the hood, the device uses the Qualcomm SDM855 Snapdragon 855 (7 nm) chipset.

Inside this smartphone is a powerful 6GB RAM that ensures a lag-free performance. And for all your storage purpose, you have the 128 GB and if you feel that is not enough for you, then you can further expand it up to 512 GB using a microSD (dedicated slot).

LG uses a powerful 4000 mAh Non-removable battery to power it. The battery supports a Fast battery charging 18W technology which can offer you an extra 50% battery juice in 36 minutes (Quick Charge 3.0).

The powerful battery also supports a Qi fast wireless charging 10W. With all these features added to the huge battery, then you should know that the battery life of the smartphone is not going to be an issue.

The LG V40 sold for $900 which is equivalent to about £700 when it was first launched in the US. But currently, the price or cost of the lg v50 thinq 5g has not yet been released by its manufactures, LG.

But from our guesswork, the LG v50 Thinq 5G will likely cost about $1,000 or thereabout and this is considering that the smartphone also comes along with the 5G network, Dual Screen accessory and other specifications that are not like the conventional features we see in other smartphones.

The LG V50 ThinQ 5G is a smartphone that concentrates more on functions than design and you can see that from the kind of software that the device comes in with. First of the device features the 5G network, 6GB RAM, 128GB internal storage, the Qualcomm SDM855 Snapdragon 855 (7 nm) chipset and also runs on the latest Operating System, the Android 9.0 (Pie).

If what you look out for in a smartphone is more of the performance than the design and other aspects of a smartphone, then the LG V50 ThinQ 5G is the smartphone for you.