Meizu MX4 Pro is an upgrade of Meizu MX4 which was released in September 2014. 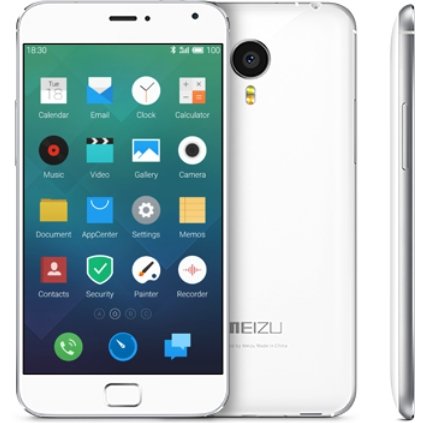 Meizu MX4 Pro is Designed with Aluminum-magnesium alloy, making this device quite strong, It comes in White, Black, Gray, Gold color variants, giving the user a wide range of options on which color to take.

Compared with its predecessor Meizu MX4 which comes with a 5.36 inch display, The device is built with a larger 5.5 inch screen with a resolut1ion of 1536 x 2560 pixels,would actually give a nice display for a device like this,so you can have a nice multimedia experience with this device, watch movies, play games with it nice display. It device is built with three navigation keys in front, A speaker and a camera in front of the device. The device is also built with one button at the right, which serves for volume regulation, and its power button at the top of the device.

MX4 pro comes with an improved 3GB of RAM, compared with the 2GB RAM of its predecessor, and 32GB ROM,  Along with the Dual Sim card slot a single sim and a micro sim slot, this device also comes with the Android 4.4.4 (KitKat), the device is powered by a the device is powered by an Octa-core (4×2.0 GHz Cortex-A15 & 4×1.5 GHz Cortex-A7) Exynos 5430 Octa chipset and with Mali-T628MP6 GPU graphics processing unit (GPU) Processor.

this is a very nice device for a multimedia lover, with a 3G RAM users of this device would be able to enjoy a lot of games out there in the play store, also with a nice camera user are going to enjoy this device.