Nokia 5.1 Plus Review Specs and Price

This year seems to be the year of budget smartphones for Nokia. Ever since the beginning of this year, Nokia has been releasing a series of fresh budget smartphones and Nokia 3.1 was the latest unleashed budget device released 2 months ago. 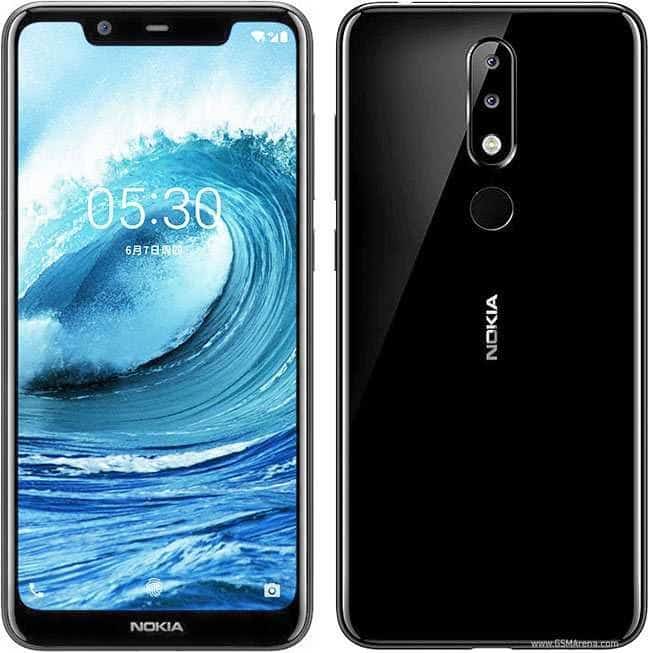 Today we will be reviewing the most recent budget smartphone from Nokia called Nokia 5.1 Plus released in July 2018. Nokia 5.1 Plus was announced alongside another smartphone, Nokia 6.1 Plus, but we will be focusing only on the 5.1 Plus. Without wasting much of your time let’s see all that this smartphone has in stock for us.

Nokia 5.1 Plus is covered in a 2.5D glass body and a polycarbonate chassis seated between the front and back glass panel. The glasses on the phone is neatly curved which gives it a neat and premium look.

This smartphone has a body dimension of 149.5mm for height,  72mm width, and 8.1mm thickness. On the left-hand side of the phone, there’s a microSD card slot, while the power button & volume rockers are on the right side.

The top of this phone houses the 3.5mm headphone jack. There is also a USB Type-C port and a speaker grille positioned at the base of the smartphone. When you turn to the back side of the Nokia 5.1 Plus, there’s a dual camera lens aligned horizontally at the center and a fingerprint sensor. The primary camera seats close to a LED flash.

Nokia 5.1 Plus comes prepaid with a 5.86-inch display with a 19:9 aspect ratio this resulted in a 1520 x 720-pixel resolution. The Nokia 5.1 Plus has a wider notch which houses the selfie camera, earpiece sensor, and proximity. The screen features an HD+ IPS LCD panel which radiates decent colors and viewing angles.

In the aspect of photography, the Nokia 5.1 Plus carries on the trend of a dual back camera with a 13MP + 5MP camera. The cameras take shots with a decent amount of details. The focus is accurate and the native camera app is easy to use with a lot of amazing features.

The primary camera also arrives with a LED flash that helps produce quality images even in low light condition. Meanwhile on the front side of the Nokia 5.1 Plus is where you find the 8 Mega-Pixel selfie camera. The selfie camera has an aperture of f/2.2.

When it boils down to software and performance, the Nokia 5.1 Plus is powered by Android One. This simply means you will receive security updates for three years and two years of software updates. Nokia 5.1 Plus runs on a stock version of Android Oreo Operating System.

This smartphone also offers a bloatware-free, clean and uncluttered UI. Apps on this device run reasonably stable without lags.

The Nokia 5.1 Plus is powered by a MediaTek Helio P60 processor. This smartphone also comes in two storage options a 64 GB, 4 GB RAM and 32 GB, 3 GB RAM. Both versions can be further expanded up to 400GB with the help of a microSD card.

Nokia 5.1 Plus comes in with a 3,060mAh Non-removable battery. This smartphone can deliver a day’s worth of usage with moderate usage on a single charge. I surf the web using Chrome, sent & responded to messages on social media, streamed videos online yet this device was able to carry for almost the whole day.

However, while playing graphically demanding games, the battery drained nearly 12 percent after an hour run-time.

The Nokia 5.1 Plus is sold for as low as 157 USD which is equivalent to about 57,000 Naira. You can also buy this smartphone from some online stores or any Nokia distributor in your region.

When you consider the overall performance of Nokia 5.1 Plus, you will see that this smartphone is good. The camera setup & quality, the moderate battery life and processor are all delivering well. The only flaw that I noticed was the delay while clicking photos, apart from that, everything is in order.