For those who have not heard of the Pocophone before, it is actually a new fledgling company that has the support of the Chineses tech giant, Xiaomi and this is actually its first device. According to Pocophone, their new device is the new “Master of Speed”. 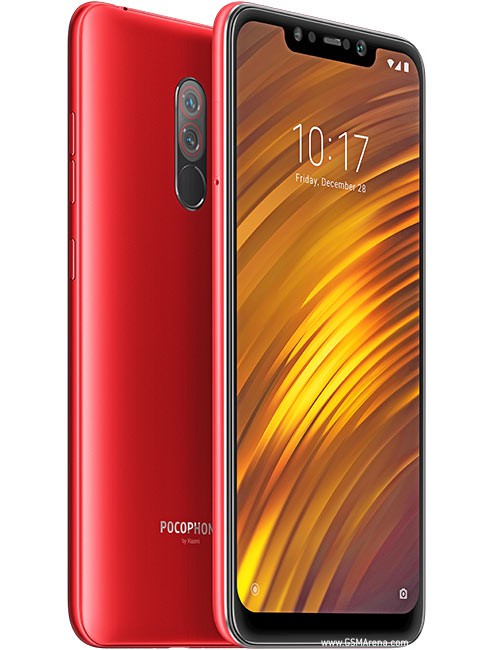 The Pocophone was launched October 2018 in India, where  Xiaomi is already dominating, while still using the Pocophone F1 to extend their reach to both east and west market of its origin.

The  Pocophone F1 is built from the ground up and they are targeting the global market, unlike Xiaomi’s own smartphones, that is always available outward from China and according to Jai Mani, the company’s head of product the F1 will not even be released within China.

This device does not feature eye catchy kinds of stuff like a curved metal frame that running along the edges of the F1 or the glass back. The F1 is made with plastic and is also mixed with polycarbonate, but it is well placed in a way that it still looks stylish. 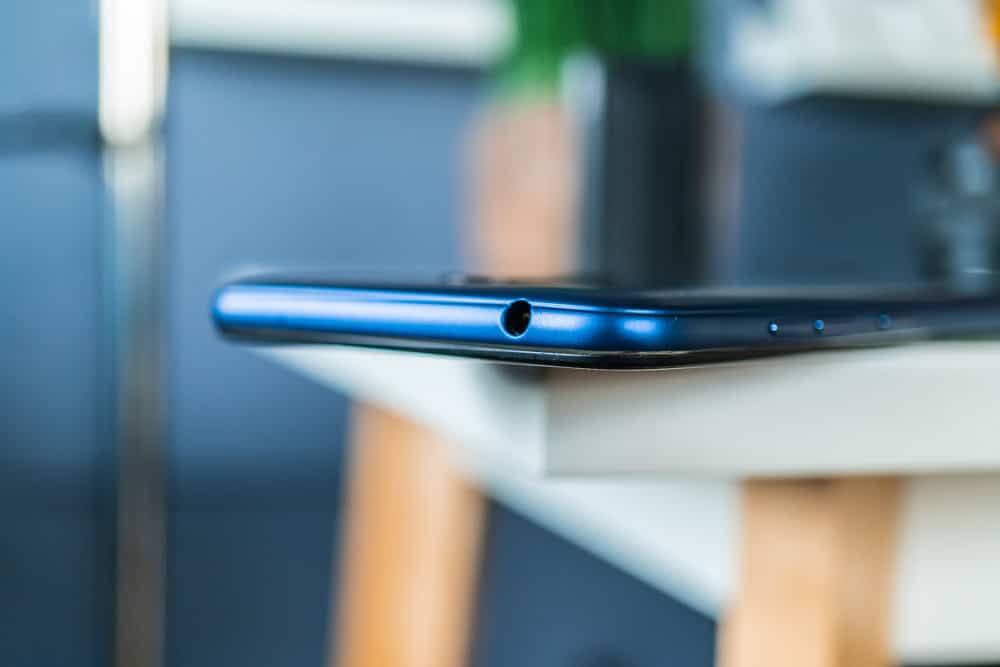 The F1 comes in a metallic red, blue or red at launch, the device should also be hard-wearing and also resilient than that of the glass-bodied device.

For those who are not ok with the F1 standard polycarbonate, the company has created the Armoured Edition of the F1 that comes with a more premium finish, though this one is sure to cost you more.

There is one flaw that we noticed,  the fingerprint is a kind of greasy for both the polycarbonate and Armoured Edition of the F1s. There is no certified water- or dust-resistance as well, which I think the company intentionally did to reduce their expenses.

The F1 smartphone is quite thick and at 8.8mm, it means that the device is a chunkier smartphone when you put the screen size into consideration. The company employed a deceptive but clever trick in their sculpting which gives you the feeling that the device is a much svelter device in-hand. But, when you take a closer look, you will observe that the screen is seated within a frame that is raised, which extends the smartphones profile. Pocophone

At the bottom of the smartphone is seated a C port, and without minding its arrival in 2018, the Pocophone added a standard 3.5mm headphone jack. 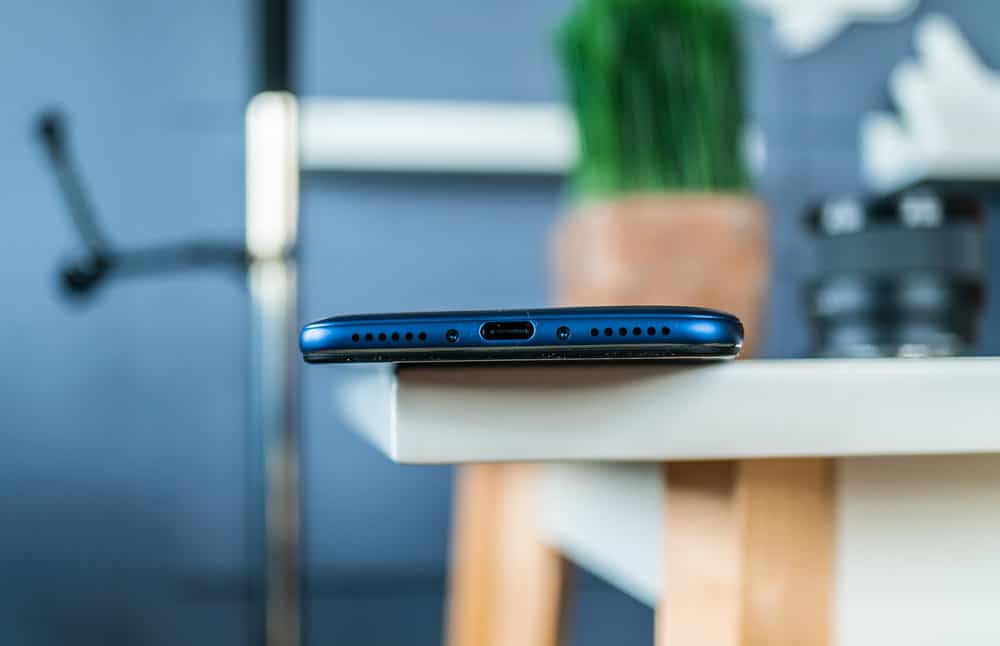 The Pocophone F1 houses a single camera sensor for selfies and a dual camera sensor at the rear, which is directly seated above the fingerprint sensor. The placement of the sensors are positioned in a way that allows you to easily use either of your hand

Most low-cost smartphones seem to fall short when it comes to the camera, but the Pocophone has been able to beat our imagination with the kind of camera setup that is on the F1.

With the Xiaomi Pocophone F1 camera, you get an automated HDR shooting, QR code scanning, AI-enhanced auto mode, a Portrait mode, Beauty mode, and real-time photo filters and so many more. 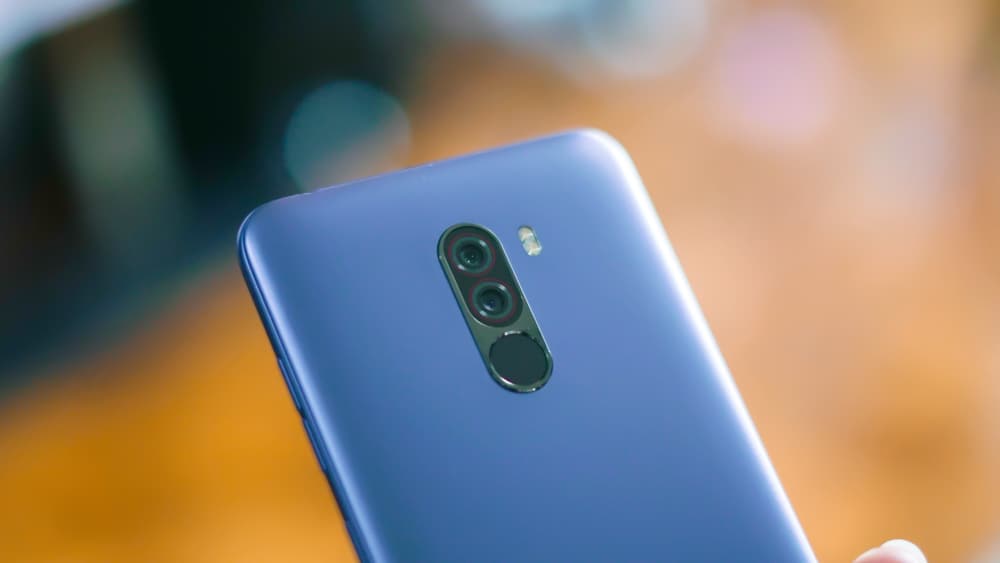 The F1 houses a 12-megapixel main sensor camera and a pleasant bokeh instigated by the depth data which is picked up by the secondary 5-megapixel rear sensor.

The AI-enhanced shooting automatically gives you the ideal settings for your compositions before you start taking shots. If you feel like you love that extra ‘pop’ all you have to do is leave it on. But if not, you can switch it off in other to have a more natural looking photos.

One little flaw about this camera is its inability to take a perfect shot In low-light condition, the lack of image stabilization tech on the F1 is obvious. But this doesn’t mean that you can’t take pleasing overall images, unlike many low-cost smartphones.

The 20 MP front camera comes with a robust Beauty mode that is capable of being stepped up through five levels or can be expanded for fine-tuned tweaking of eye size, skin smoothness and more. It manages to still take great images even with a strenuous lighting.

The front-facing camera can still pull off a Portrait mode of its own. But unlike the main cameras, because it’s computing depth is through a single camera sensor, it can sometimes become confused when there are multiple faces in-frame and sometimes sloppy with its edge detection.

The camera is capable of making a 4K recording at 30fps for videos, coupled with its slow-motion capture, high frame rate and time-lapse as well. But one of its biggest flaws is its lack of stabilization.

The main reason most people see the Pocophone F1 as a great device is not actually what you get for your money. If you remember the company nicknamed this device ‘Master of Speed’ and this is coming from the Qualcomm’s most current flagship processor, the Snapdragon 845, coupled with the 6GB or 8GB of RAM, that is in this device.

Don’t be scared to go get the biggest titles in the Play Store, because the  F1 will be able to handle them. This device offers impressive visual effects, loads Apps within short periods, smooth frame rates whenever you are playing the likes of PUBG Mobile and within Asphalt the vehicle reflectivity & lens flare where supported.

The engineering techniques employed are quite a clever one, they added a kind of liquid cooling mechanism which is similar to those found in the Microsoft Lumia 950 and the Note 9. When there is a program or game running, the device automatically redistributes resources and empties the cache, in other for the device to focus on the task at hand thereby delivering to you a smooth experience and a great performance.

Apart from the amazing processing ability of this device, it is all round impressive when it comes to clarity, beyond raw performance, call quality is also impressive, especially considering the F1’s price. Clarity, reliability, loudness and many more. The device also features a hybrid SIM tray that allows you to insert two cards side by side, or expand the 64GB, 128GB or 256GB internal storage options via microSD card.

There is a presence of a secondary infrared camera that is responsible for face-unlocking, the IR helps to scan your face in low light, and this is not just only fast but also works perfectly from a decent distance from your face. Though this software option is limited to certain regions market. Should in a case you don’t see the option to switch on your face unluck, all you have to do is to try changing your phone’s region to places like Hong Kong or India.

This device as features a very fast fingerprint sensor seated at the rear, which most people prefer to use as their unlock method.

One notable advantage of owning a Pocophone F1 is this, the company lets you take tech-savvy and at the same time allows you to customize the software experience in any way that you want. You can unlock the bootloader from the get-go, and this can still be done without voiding your warranty, you can even decide to flash any of the supported Android ROM that you like and still be able to reach out to Pocophone should in case you face any hardware problem.

And besides, the company has already promised to upgrade the Android 8.1 and Poco version of MIUI 9.6  on the F1 to Android 9.0 with MIUI 10, and this will be done within the first three months of launch.

The F1 is fully loaded and equipped with a whopping 4000mAh battery. so when next you want to play that Fortnite game, do it without fear because even after 30mins of gaming your device can still function as a normal smartphone. There is absolutely no need to fear.

If it is possible for you to pick up the Pocophone F1 around your region, then nothing should stop you from owning one, it is affordable and places performance, quality, and longevity before the aesthetics of conventional flagship phones 2018.