Samsung has dished out another classier kind of mid-range phone called the Samsung Galaxy A8. This smartphone was launched in January 2018 and seems to be more expensive than its competitors. 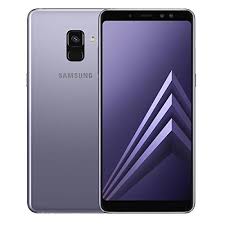 The new smartphone is not one of the strong Contenders in its class considering how accomplished mid-range phones are these days. Without wasting too much of your time, I would like to walk you through this smartphone pointing out its weaknesses and its selling points.

The Samsung Galaxy A8 employs a dull finish and design than its competitors, and I think this was done in order not for this device to upstage the S9. The body of the Samsung Galaxy A8 is made of glass, which is a trend we see in most mid-range phones.

Unlike most of its competitors that employs alluring designs, just like the Honor 10 which has a “3D” blue look which reacts to light as the phone is moved. But the Samsung Galaxy A8 is comparatively plain. Nevertheless, there’s undoubtedly going to be an audience for this.

The front of the Samsung Galaxy A8 is occupied by a 5.6 inches, Super AMOLED display which has a resolution of 1080 x 2220 pixels and maintains a screen-to-body ratio of about 75.6%. The display uses an unspecified version of the Corning Gorilla Glass for protection.

The screen of this device is only a fraction wider than the Galaxy S9, which indicates that this smartphone is not dedicated to gaming or watching movies. The Samsung Galaxy A8 comes available in three varieties of colors, the gold, blue, black, and grey.

Samsung Galaxy A8 arrives with one of the features that are hard to find on its rivals and what I’m talking about is the IP68 water-resistance rating. This means that you can drop this smartphone in water with 1.5 meters for up to 30 minutes, and it will still survive.

The Galaxy A8 2018 has a similar looks and setup to the to the Galaxy S8 though it costs just slightly less, the questions is, does it have the same fantastic camera as the flagship smartphone?

And without wasting much of your time, I will just give you the simple answer “no, it doesn’t.” The Galaxy A8 arrives with only a single 16-megapixel camera sensor at the back. The camera has an f/1.7 aperture while also shipping along with optical stabilization (OIS).

The front of the Samsung Galaxy A8 is blessed with a dual camera set up which comprises of a 16-megapixel and 8-megapixel and is capable of blurring the background on selfies for a cool, DSLR-like portrait effect.

The Samsung Galaxy A8 may not have arrived with the latest current version of Android but may be a very important smartphone in the company’s lineup. The Samsung Galaxy A8 runs on the Android 7.1.1 (Nougat) which is not what we were looking out for; it seems a little too old to be featured in 2018.

Nevertheless, Samsung mentioned about updating Operating System to Android Oreo soon. And most changes will be overwritten by the Samsung UI. This smartphone uses version 8.5 of the Samsung Experience. The overall performance of the Samsung Galaxy A8 is excellent though with few lag issues and teething problems.

The Galaxy A8 comes in with 32GB of internal storage and 4GB RAM or the 64GB storage version with a 4GB RAM. Luckily, the room can be expanded up to 256 GB (dedicated slot) via a microSD card.

The Samsung Galaxy A8 is powered by a moderate 3,000 mAh battery just like we have on the Galaxy S8 and about average for a device this size.

With moderate use, this smartphone can get you through a full day, and this battery is not like one that can offer you 2days from a single charge.

The fast charging allows you to quickly add an extra battery juice, and below is the percentage of a spare battery and time:

The Samsung Galaxy A8 seems to be overpriced, offering the same price as the OnePlus 5T, but doesn’t feel like it justifies the price at which it sells for.

It doesn’t support 4K video recording; it doesn’t have the futuristic, classy look just like the S8. Though this smartphone features the dual selfie cameras, the main camera doesn’t seem to be great especially at night.

The daily performance is okay, but it doesn’t change the fact that what Samsung Galaxy A8 technically offers is a mid-range chip, which means you are sure few lags when engaged in heavy use. Overall, the performance and what it delivers is okay, but the question is why over rate it with the high price tag?