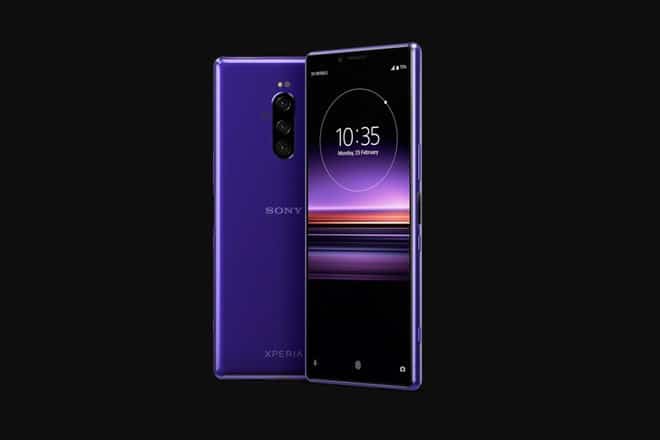 It is evident that the Xperia XZ3 was one of the best smartphones from the trusted brand in years. This means that its successor should come very equipped to fill the big shoe.

The new smartphone was announced this February 2019 and will also be launching in some nations this same February in some countries. The Sony Xperia XZ4 is also known as the Sony Xperia 1. Don’t hesitate to hang on with me while I take you for a walk through this smartphone.

We recall the Sony Xperia XZ3 was able to take a very different route from the conventional Sony product when it comes to the plan. The Xperia XZ3 featured reduced bezels that were around the display, slimmer ages and more. Luckily for us, the Sony Xperia 1 continued down that design line.

The Sony Xperia 1 will be coming in with a side fingerprint sensor and well-reduced bezels that are by the side of the screen. Meanwhile, the camera button still maintains its ancestral position. The power button and the volume rockers are on the right-hand side of this new smartphone.

On the back of the Xperia XZ4, you will find a triple vertically positioned camera sensors with dual flash on top. Meanwhile, the bottom of this smartphone houses the USB Type-C.

The Sony Xperia 1 has a body dimension of 167 x 72 x 8.2mm and weighs 191g. This smartphone comes in with four different color configurations which comprise of Black, Grey, White, and Purple.

Like we earlier mentioned, you will find a 6.5in OLED screen display accompanied by a 4K resolution and a 21:9 aspect ratio. The front and the back of this smartphone features the Gorilla Glass 6.

We mentioned earlier the Sony Xperia XZ4 would be arriving with three rear cameras that are vertically positioned with the LED flash seated above it. The three cameras all have the same megapixels and aperture. They are made of triple 12Mp rear cameras (ultra-wide, wide and telephoto).

The Sony Xperia XZ4 camera is going to arrive with the AI which will also feature things like predictive capture and so on.

Coming to the impressive performance of this smartphone, you will find the latest Qualcomm Snapdragon 855 chipset handling the day-to-day execution of this device. The process ensures that you get the same result as those high-end smartphones.

Sony also announced that this smartphone will also feature a 5G network, though we are yet to receive any plans for Sony to move into the 5G world. Nevertheless, if you buy this smartphone, you will be able to upgrade to the 5G network in the future.

The chipset on the Sony Xperia 1 is assisted by a great 6GB worth of RAM which is sure to give the device a smooth run and without lags. Also, you still have a 128GB value of storage which can also be increased up to 512GB using a microSD card. The phone also has NFC and Bluetooth 5.0.

The good news is that the Xperia XZ4 comes in with wireless charging support and alongside the fast charging technology.

The Sony Xperia XZ4 which is also known as the Sony Xperia 1 will ship in with a starting price tag that has been estimated to be around £849 in the UK which is equivalent to $1,100, approximately 398,000 Naira.

We are currently waiting for more details on the price. And as soon as that happens, we will endeavor to update this page immediately.

It is normal if some people don’t like the Xperia XZ4 after everyone must not love it, the fact remains that the device has been able to show what Sony’s technology is capable of doing when it comes to gaming, watching a whole lot of movies and more.

The fact remains that this device must undoubtedly appeal to a particular group of persons and for those who love playing games and watching movies, we think this device is for you.