Coming from Tecno beautiful design smartphone Tecno Phantom 6, it is a beautifully crafted flagship the device was introduced to succeed the Tecno Phantom 5 which lasted over a year before having a successor. 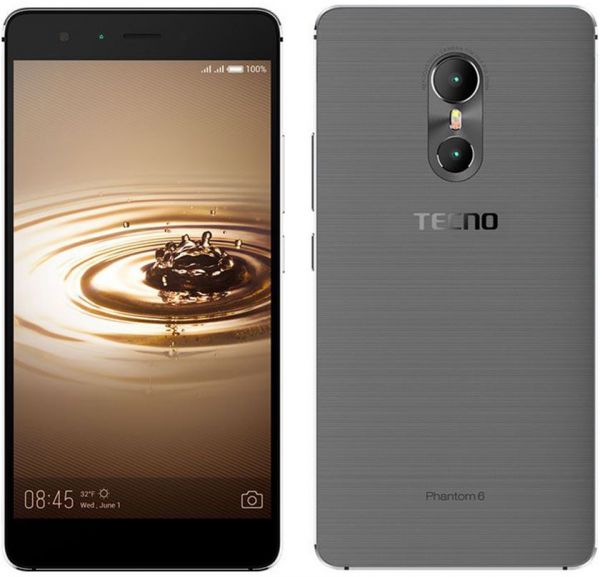 The smartphones processor which is a MediaTek octa-core processor clocked at 2GHz, RAM size is an impressive 3GB while internal memory is 32GB, Just enough space for your multimedia files.

Tecno Phantom 6 has a beautiful design, it is designed with a sleek metal that is lightweight and making the device slimmer than its predecessor rocking a 6.15mm and the back cover also is made of fine plastic while the whole edge is wrapped with metal. The device has all its navigation keys are on the -screen and you will also find the volume rocker and power button placed on the right side which can be easily accessed with just one finger.

Tecno Phantom proves to be a super monster in terms of multi-tasking as it is packed with a 3GB of RAM, The Tecno Phantom 6 is bundled with a 32 GB internal Storage which is pretty awesome for storing most your Pictures, Videos, Songs and whatever you feel storing. The device runs on Andriod 6.0 marshmallow with HiOS, It is a dual sim enabled device and a SIM slot for two sim cards on the RHS and a slot for microSD card for memory expansion. It rocks a 5.5-inch display screen which it shares with its predecessor Phantom 5 and also same screen resolution and Gorilla glass 3. In network connectivity, the Phantom 6 pegs a 2G, 3G, and a 4G which promises a better experience when surfing the net.

The Tecno Phantom 6 has a superb Camera Quality as it features a dual rear Camera of 13MP with Dual LED Flash and Front Camera of 8MP with Flash.

Tecno  Phantom 6 comes with all we would have ever hoped for from a device with no much of a huge price attached to it, For the game lovers I will like to say that you will be able to run any kind of game with having problems as it has a 3GB ram for perfect multi-tasking, It also features a 4G connectivity network for the internet lovers as it will give you the fastest browsing speed you ever wanted.