Tecno W4 is here. The smartphone has been added to the W series line and is the first Tecno smartphone to feature the Android 6.0 (Marshmallow). The phone boast of  HD display, sound processor, and a sleek design which makes the phone attractive. 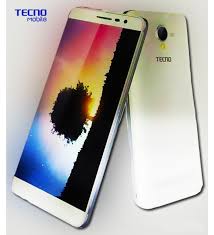 Just like the other member of the W series W4 has the same design pattern. The W4 sports a 5 inch IPS touchscreen display and thanks to the IPS technology and the widescreen which will make you enjoy watching from different angles and with 1280 x 720 pixels resolution and is built with plastic. The phone speaker is on the back of the phone, while the volume rockers and power button are positioned on the side of the phone.

Tecno W4 is packed with a quad-core MediaTek processor clocked at 1.3GHz and 1 GB RAM which allows users of the device to multi-task. However, you should know that the 1 GB RAM makes it hard for users to play HD games and run heavy app efficiently. With a 16 GB internal memory is very okay and it also has a 64 GB capacity memory card slot for those unsatisfied with 16 GB. W4 has left out one HiOS feature – the Hi Manager from the app list (Although if you go to settings and storage you can click on the cleaner to enact the Hi Manager feature). The smartphone has a 2,500mAh battery capacity packed with this device, which is decent and can withstand long hours of usage.

W4 has a rear camera is 8 megapixels with flash and its front camera is 2 megapixels. These camera specs are quite low but are commensurate with its price range, and also the device has a 2MP front and I personally think could have done better but I might be asking too much.

The w4 camera is not promising and does not pull off the best shots. If you in search for the latest Tecno phones that holds stunning cameras, you can check out this other awesome device, Tecno Camon 8 and Camon 9.

Not minding some other specs of the smartphone I am impressed by the Hardware considering the phones price. For those who can’t afford to provide for themselves those the quality smartphone with those killer specs, Tecno is offering this smartphone for a cheap price and decent specs.

Tecno W4 Full Specification, Price and Where to Buy